What do vertical dots in a speech bubble mean?

When I read manga, I sometimes stumble on speech bubbles like the one below. What does it mean? I have never seen something like this in other comics or graphic novels. 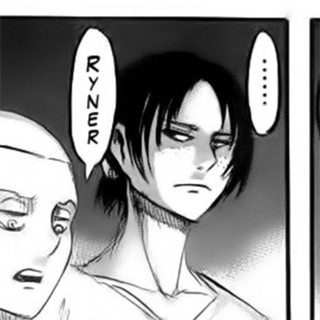 That's just usual dots like this "....". That's because originally, text in manga (which is in Japanese) is written vertically, like this:

Usually, I interpreted it as "The character have [something to say/opinion/thought/knowing some information] about the matters in hand, but choose not to say it yet". Well about why people that type it keep it vertical, that's their choice. And in the case with the screenshot you gave, IMHO typing it vertically looks better than typing it horizontally.

Not the answer you're looking for? Browse other questions tagged japanese-language manga-production or ask your own question.

11
What does “tsukkomi” mean?
6
What differentiates manga from other comics?
2
Why are some anime and manga unlicensed?
22
How does a mangaka get paid?
2
What does Yoshimura mean by “sugar” in chapter 92?
2
What does “Daimadoshi” mean in “Dai no Daibouken” (Dragon Quest: The Adventure of Dai)?
5
What does もっとたゆたゆver. mean in AT-X shows' broadcast information?
3
What does the word “jiken” on young Luffy's shirt mean in Japanese?
1
How do I read this panel?