Does that weird translucent thing the girls wear serve any specific purpose?

So, in Mahouka Koukou no Rettousei (i.e. The Irregular at Magic High School), the girls' school uniform incorporates this strange translucent cape-like feature. See, for example: 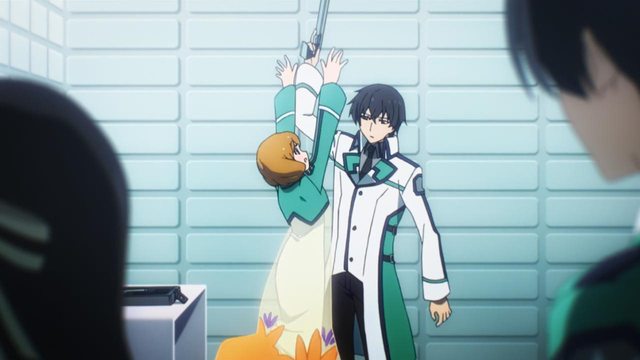 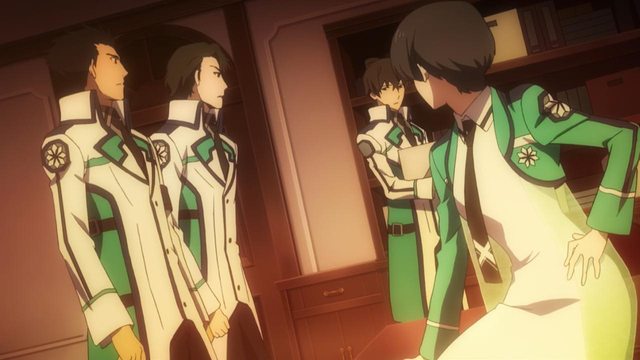 That translucent cape-thing is very unusual as far as school uniforms go - I've never seen anything like it. Does it serve any particular purpose in the context of the show (like, it makes you better at magic or something), or is it just ornamental?

It's an a camisole-style lace garment can be worn under the jacket, it's as an optional accessory 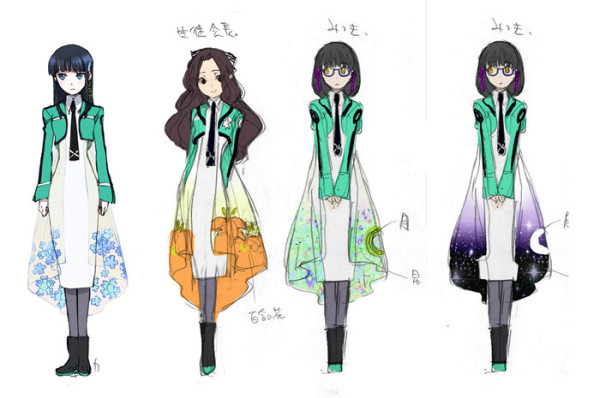 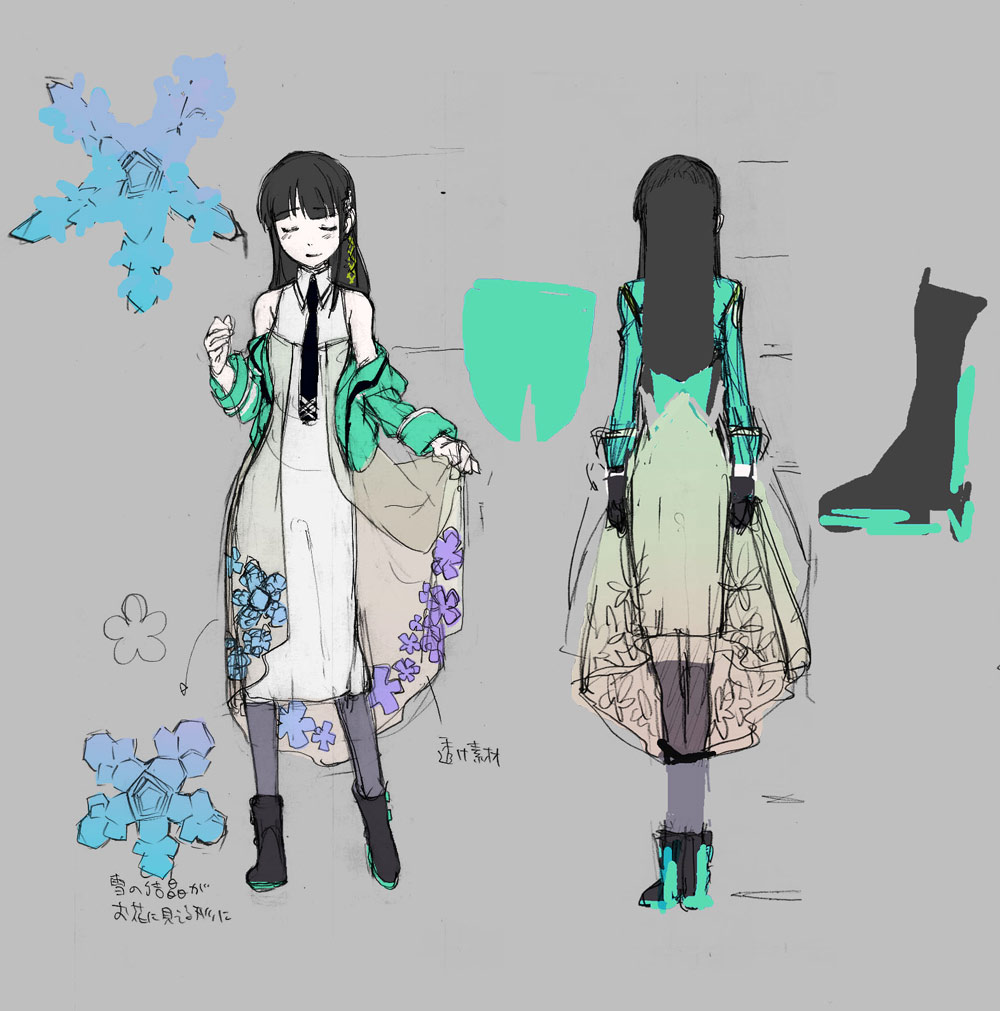 Therefore I don't believe there's functional purpose to it.

So far from the light novels that have been published, nothing has been explained nor been mentioned about that piece of translucent garment. The first time I saw that, I was also asking like you are, because as far as I remembered, nothing about it was mentioned in the LN. I confirmed with others who have read the LN, and they said the same thing. So, for now IMHO, it's just like you said: "ornamental". Correct me if I'm wrong.

Since there seems to be no word of god, let's go:

The gown has to do with the type of magic the girl uses.

The list is not exaustive. Feel free to add more examples.

I, too, thought the capes would be explained further, as it does seem to correspond to the owner's magic. I wish they had been, since the audience would be able to then identify approximate magic types on sight, or be intrigued by a new, previously unseen color. Prime storytelling opportunities have been missed there.

There is only one girl I've seen who doesn't wear it, and that's Erika. There are multiple reasons to explain why she would not wear it.

1) She's the only Course 2 (Weed) girl character we've seen, so it may be a Course 1 (Bloom) exclusive uniform piece.

2) If it's truly based on magic, which does seem to play a part in the colors, Erika's style is sword and weapon-based where the other girls use a different type of non-weapon magic.

3) If it's completely optional, Erika has exactly the kind of personality that would forego the cape by choice.

As far as the texture goes, it's always looked like a sheer fabric attachment to me rather than lace. If it's supposed to be lace, they didn't do very well in animating it. Looks closer to tulle, maybe? Or, actually, my vote is for chiffon. Chiffon flows the same way as they portray in the anime.

5
How can I get The Irregular at Magic High School's English-translated novel?