Why does magic take the form of weapons?

In Mahouka Koukou it seems apparent that magic seems to take the form of Guns or Snipers for some reason.

Does magic actually have a form or is this yet to come further on in the series since so far the latest episode which was number 3 only came out a couple days ago.

Also how was it that they turned/synthesised magic into an actual form of technology?

FatalSleep's answer is right in saying that magic doesn't take the form of weapons, and is just thought particles called Psions. Magic sequences are only processed through CADs shaped like weapons. Why they are that shape is covered below:

First, it's important to understand the difference between a general and specialised CAD. This excerpt from the light novel covers it nicely:

To add to those points, there's also a brief description of why certain specialised CADs take the shape of weaponry such as handguns and sniper rifles:

"By its nature, aggressive combat type magic sequences are generally stored in specialized CAD. [...] Specialized CAD are often shaped in the form of guns because using the auxiliary aiming systems incorporated in the area corresponding to the barrel, coordinate data is input at the moment the activation sequence is initiated"

Put simply, the shape makes targeting easier - aiming the CAD helps determine the location of the desired target, rather than the Magic Technician having to supply all the coordinate data manually.

This is why it's some combat specialised CADs that take the form of guns - the majority of spells will be cast towards an opponent, which requires precise aiming. Such examples would be Tatsuya's Silverhorn Trident, Ichijou Masaki's CAD, and the CAD used by Saegusa Mayumi (below) in the Speed Shooting tournament at the NSC. 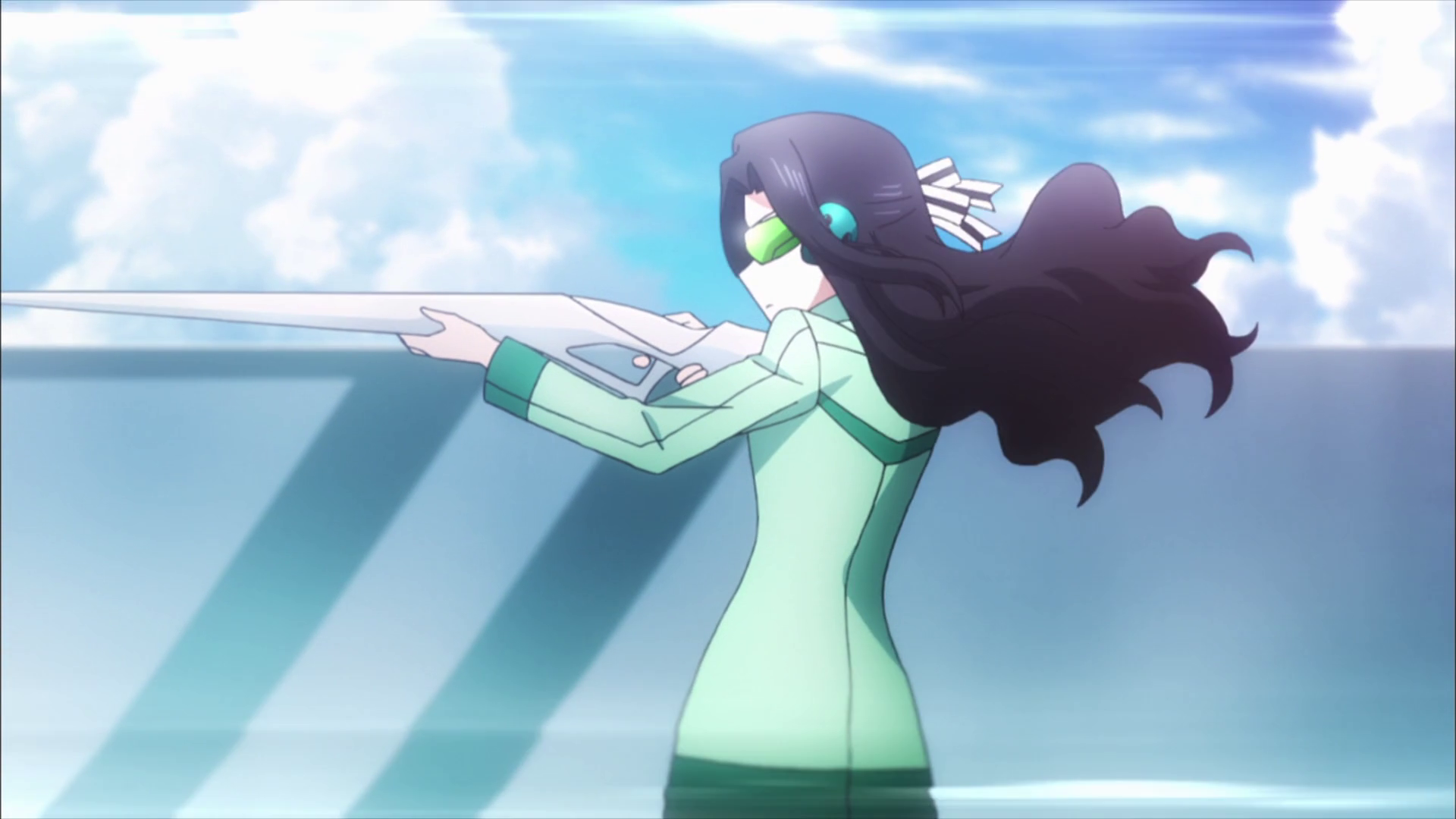 Let's go over this for some closure:

In Mahouka Koukou, magic doesn't take the form of weapons or of the like. Magic is processed through these "weapons" which actually come in a variation of designs based on magic user preferences. These devices are actually called CAD or Casting Assistance Device. The CAD act as a pass through for processing magic operations that would otherwise be physically intensive on the human body.

Magic itself is actually psions. Here is the wiki literal definition:

As for how they got it to work with technology, we can assume that for the Mahouka Koukou universe, psions are a natural form of energy much like electrons in real world computing. If this is the case, they developed technology that relies on psions rather than electrons and this resulted in allowing them to use/alter psions as you would electrons, just on a larger, fancier magic scale...

1
Is there any in-universe explanation as to why some CAD have to look like guns?
15
What actually is modern magic, and how does it work?