Why does Rukia fall for so long when getting thrown by Yammy?

So Rukia gets grabbed by Yammy in Las Noches: 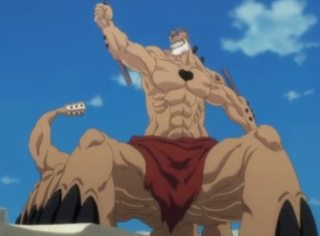 Yammy then throws her at the ground, but she is falling for more than a couple of minutes: 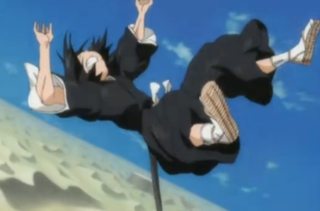 But Ichigo jumps from above the sky in Las Noches and makes it to her before she hits the ground: 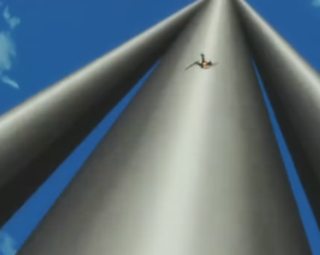 I know physics is not always followed in anime but this just seems so far off. Why would the animators do this? The scene does not seem way too important to me, and you don't even see Ichigo save Rukia—it is implied that he does as he is seen standing next to her when the smoke clears.

This happens at the end of episode 285 and into episode 286.

Anyways, the stretch of physics would be bad if he threw her underneath him, near his feet. But my eyes saw his arm stretched out away from his body after the toss in an attempt to basically spear-chuck her.

For anime fluff, this feels around average.

6
How does Renji become stronger than Rukia?
3
Why weren't Gigai used for Spearhead?
3
Plot hole: Why couldn't Rukia and co. visit Ichigo with a gigai?
11
Why does Zangetsu transform back into shikai mode when cutting Yhwach in half?
1
When does season 9 of Bleach take place chronologically?
2
When does the Bleach OVA occur in relation to the anime?
4
Why didn't Rukia, Rangiku and Toshirou recognize Isshin?
1
In Bleach, did Isshin become a captain after Urahara was exiled? If not, then where was he when Hirako and the others were getting beaten up by Aizen?