What is the significance of Asuna's heterochromia?

In Negima! Magister Negi Magi, we note that Asuna has heterochromia, with one green and one blue eye. Here's a shot taken from official artwork. 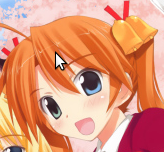 However, in Negima!?, we note that she doesn't have it at all. Here's a shot taken from the third (I think) episode.

What is the significance, if there is any, of Asuna's heterochromia? Why wasn't it present in the second season?

There is no significance

Asuna Vesperina Theotanasia Entheofushia, a.ka. Asuna Kagurazaka, has one green eye, and one blue eye, as depicted in every canon appearance except in Negima!? There is no real known significance as to why she has heterochromia, though it may have something to do with the fact she is of royal descent. She is seen as having heterochromia before she looses her memory, so that isn't the cause.

As far as why Negima!? is different, it is because it is a different studio who worked on this project, and they did redesigns for many of the characters. Negima!? actually has a number of differences from the original manga.

Mahou Sensei Negima (the manga) was canceled, so there were many stories that went unexplored. There is a possibility that this is something that the author was unable to reveal because it involved bigger plans around Asuna. Sadly, without speaking with the author himself, there isn't any way to know.

Not the answer you're looking for? Browse other questions tagged negima or ask your own question.

8
What was Akamatsu Ken's role in creating Negima!? Neo?
7
How did all of the weird creatures end up in class 2A?
6
What is this dance?
1
Did we ever find out what happened with Nagi between Volumes 36 and 38?
2
What is the difference between Negima!? and Negima!