Is the “Manabi Line” a correct way for estimating anime profit/loss?

Reading up on anime sales, I came across the term 'Manabi Line', which is said to be the amount of DVD sales that an anime needs to break even. The article in question quoted it to be about 2,899 sales.

Seemingly, the figure is based off of the amount of sales that the anime 'Manabi Straight' made, and barely broke even. 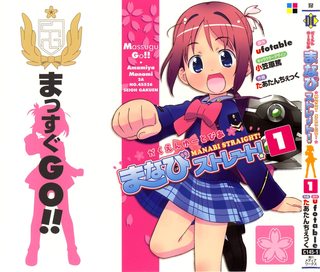 Considering that there are large ranges of production value and other cost focuses, Is 'Manabi Line' still a reasonable figure for how a series is doing?

This started as a joke on 2ch. The "Manabi Line" represent Manabi Straight's disc sales, which reported barely broke even. Nowadays, people tend to use a a point to indicate a show made money or not. It's not an accurate statistical representation of any series due do how old it is comparatively to modern serials and how much was vested in a production.

Alternatively there's also the "Anime Saving Line," (it's reportedly started by /a/ on 4ch) which is how much Yakaman's Fractale series, he proclaimed was going to save this medium -- it sold 883 units.

This post offers a good breakdown of volume anime disc sales with respect to how successful a series is:

Take note that these numbers are arbitrary and success and profitability may vary depending on the production.

Not the answer you're looking for? Browse other questions tagged anime-production manabi-straight or ask your own question.

1
How many number of anime sales in Japan is considered as profitable?

18
Anime for colorblind people?
25
Who writes the plot for filler episodes in an anime?
4
When was the start of the multiple story-line?
18
What are the different colors in anime production drawings for?
9
What are the reasons for producing short-form anime?
11
Why do characters in some art styles have a broken line for mouths?
5
Is anime1.com a legal site for watching anime?