What is the Vessel of Adam?

I've always had problems trying to understand the plot itself of Evangelion, but with the latest movies they really got me confused, I understand that the story is different in many ways but there's something in these movies that got me thinking, eventually I came up with a question I have no answer for:

What is the Vessel of Adam in Rebuild of Evangelion?

In the new movies, "Adam" is a lot more vague. We're not sure what Adam is at this point, and the first thing that we have to go off of was a preview where we saw 4 glowing figures (presumably at the edge of the site of second impact) followed with the label "ADAMS":

Note that this shot was never actually used in the movies, it was probably reworked so that it more closely matched the rest of the Second Impact flashback montage: 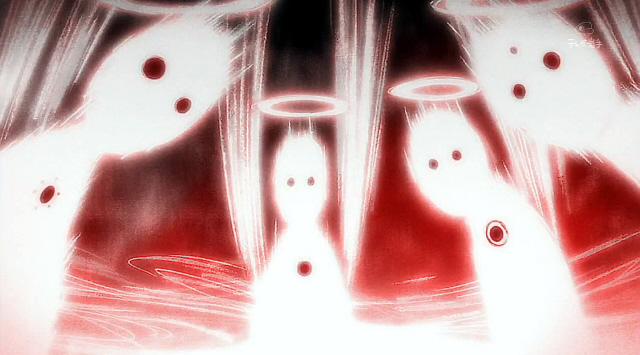 Some things to note are that they all have halos and what appears to be "cores".

As far as the "Adam's Vessel", it's hard to decipher exactly what that means, especially if there is supposedly 4 Adams. However, we are told a few things from the movies, and that "Adam's Vessel" is Evangelion Mark.09. Here's a breakdown of possible "Adams" and what the 3rd movie has revealed.

It mentions that Mark.09 was referred to as "Adam's Vessel" and Evangelion 13 was called a "Survivor of the Adams" or something. The thread also goes into a little bit of detail and speculation about the Adams and what they could be. At this point, we don't know for sure what the Adam's Vessel was for, why it's called Adam's Vessel, and why Mark.09 is supposedly it.

More rampant speculation about Adams and the Evangelions here.

33
What is the purpose of the Human Instrumentality Project?
8
What are the names of all the Angels in Neon Genesis Evangelion?
9
What was the point of the angels?
6
Why couldn't they make a vessel for Adam sooner?
9
What specific event was the forking point between the two storylines?
18
What is the meaning/purpose of the (not) in the titles of Rebuild of Evangelion?
18
What is the difference between the ending in the anime and in The End of Evangelion?
9
What is written in the last scene of the Neon Genesis Evangelion opening?
14
What is that covering part of the Nerv Logo?
5
End of Evangelion - Why does Misato dissolve into LCL and why did Asuka re-materialize?