What's so important about hibernating?

Why do they need to hibernate? Chisaki is on the surface and didn't fall asleep, and I don't see her become sick and all, which means that it's fine if they don't hibernate.

Also, Hikari, Manaka, and Kaname didn't age after hibernation. Why is that? Is it that everyone who hibernates doesn't get older? And why are they naked? None of other Shioshishio villagers lose their clothes when they hibernate.

This is picture of Manaka hibernating; she didn't age or wear any clothes. 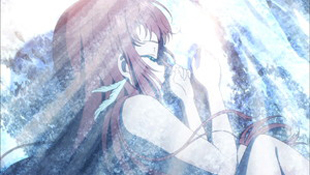 Hibernation in this series seems to be equivalent of Cryonics. Which is where an organism is preserved for virtually an indefinite amount of time by being frozen. During this process, the organism is frozen in time and does not age.

So the belief is:

But then Hikari's father continues on:

But Miuna prove me wrong. Miuna has Ena now. That means there's hope for the future even if we wake up.

This is why everyone wakes up.

So biologically, there is no need for an individual to actually hibernate. That's why Chisaki is fine having been on the surface the whole time.

On the other hand, there's nothing in the Anime that seems to explain why Hikari, Manaka, and Kaname woke up naked on the surface.

Not the answer you're looking for? Browse other questions tagged nagi-no-asukara or ask your own question.