Does a Cubone kill its own mother?

It's pretty common knowledge that Cubone wields the skull of it's deceased mother. But how does the mother die? Do Cubone's kill their mother at birth, or do they just die after giving birth? 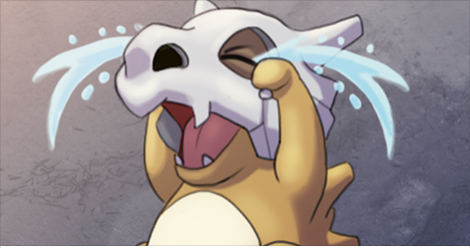 Can't say for sure but, if Cubones do kill their mothers at birth, I would think it is not intentional—at least from the sad tone of its Pokédex entries.

This particular entry seems to have the most detail about the mother's death, but I don't think it is very clear (Generation I):

It lost its mother after its birth. It wears its mother's skull, never revealing its true face.

One theory is that Pokedex entries are based mostly on folklore that trainers have collated over the years. Which would account for many entries which seem exaggerated. For example:

Shedinja: Shedinja's hard body doesn't move - not even a twitch. In fact, its body appears to be merely a hollow shell. It is believed that this Pokémon will steal the spirit of anyone peering into its hollow body from its back.

The pokemon Arceus is said to have emerged from an egg in a place where there was nothing, then shaped the world.

The later series seem to specify information that are not fact or proven more reliably than the earlier series.

So potentially, the information about Cubone wearing its mother skull is nothing more than a rumour.

Supporting this theory, any Cubone that produces an egg in the day care center in the video games do not die afterwards.

There is a fan theory that fits your question but is, of course, a theory. Cubone is the child of a Kangaskhan whose mother deceased but it has not aged enough to become a Kangaskhan. The mother's skull is, therefore, fitting as the Pokemon would only appear if the mother was dead. The only way to explain how a species could exist if every birth yields 1 child with 100% mortality rate for the mother is to say that it isn't really a different species but a special evolution that occurs under some very depressing circumstances.

There are several viable counterarguments to this theory based on color differences, breeding, and evolutions. This theory only really worked during the generation 1 games, but it was the answer which I thought to be most believable and striking at the time.

I know it's kinda late, but in Pokemon Origins : File 2, The stories set in Lavender Tower and told about Marowak, Cubone's mother, is killed by Team Rocket when she protected Cubone from team rocket.

She explains Cubone's story to Red: A trio of Team Rocket Grunts was poaching Pokémon near town, and captured a Mankey, a Raticate, a Sandshrew, and a Sandslash. One Grunt noticed Cubone attempting to run away, and the others almost netted it, in hopes of selling it for a high price; however, an unknown Pokémon tackled them to protect it. The Pokémon was soon revealed to be Cubone's mother, a Marowak, who told her child to run. Cubone was hesitant at first, but soon ran off. One of the Grunts, infuriated by Marowak's intervention, pulled out a stun baton and beat her to death. The orphaned Cubone was found by Mr. Fuji and given a loving home.

25
How does Jigglypuff not fall asleep from its own song?
10
Why does Charmander die if his flame goes out?
9
Is "Payday" Money, real money?
11
How does one start being a Pokemon Trainer without a Pokemon Professor?
10
Does Ash ever re-encounter his Butterfree after Butterfree's Goodbye episode?
8
Is it necessary for the Gym Leaders of a region to know each other?
10
Can Pokémon say only what their species is named as, or are they named with the only word they can say?
4
Can Lugia be a legendary one that reproduces itself?
1
What happened to Molly's mother?