How does one become a Wizard Saint?

Being a Wizard Saint means that you not only hold great power, but are also highly respected and well known, like Makarov. Also you get a cool looking badge too as seen below: 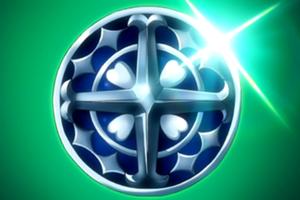 But what factors does the chairman of the magic council take into account when deciding whether one is "worthy" to become part of the Ten Wizard Saints?

As far as we know it's not (or not necessarily) the chairman of the Magic Council who decides who becomes a Wizard Saint. In Erza's vision about her funeral it was stated that the vote of the entire council decided that she should be a Wizard Saint. Later Jura also states that it is the Council who appoints the members.

With that in mind, I'm pretty sure that the Council takes whatever factors they want to take into consideration when pointing out Wizard Saints. Which means there is not a single score sheet, and if you score 5 points in magical power and 4 points in teamwork then you can become a Wizard Saint.

Strength however is one factor that they definitely consider, but that' not an ultimate factor for the decision as Jellal, for example, being a Wizard Saint was defeated by Natsu and that didn't make Natsu a Wizard Saint.

Makarov was defeated by Purehito who was no wizard saint. IMO, wizard saints are madoushi who have at one time, done something worthy of note for the good of the mage universe. Strength definitely does go a long way in determining the Wizard Saints.

Power is definitely a factor. But other than that, other factors might come into play. Here's what I am guessing.

But the ranking among the Wizard Saints is also not important. For instance, Jura is currently the 5th Wizard Saint and there is no way he is more powerful than Makarov.

And yes, Natsu defeated Jellal. But you have to consider that Jellal was:

B) Natsu was in Dragon Force as well as fueled by Etherion.

In reality, Jellal is among the most powerful of Wizard Saints, for he was a member of the 10 Wizard Saints at a fraction of his power because it took most of his power to simply maintain the thought projection. He was also a prodigy as a child, to the point that as a child he blew up a small mountain with a wave of his hand while using self-destruction magic.

All in all, power is a major factor.

Also, with the recent exploits of Natsu (the avatar fight specifically Ikusa Tsunagi fight) should land him on the wizard saints.

11
Why do the Celestial Spirits work for their wizard?
13
Why isn't Gildarts one of the Ten Wizard Saints?
10
How many demon forms does Mirajane have?
7
Why does no one remember Gildartz?
2
In what episode of the anime does Natsu become a demon?
6
Can anyone be a wizard?
2
How did Zeref become dormant?
8
How does Gemini have Lucy's keys?
1
Fairy tail wizard Myatogan's source of magic