Is this supposed to be a reference to Chinese socialist posters?

In the first episode of Nekomonogatari (Black), we see this drawing of Araragi during his conversation with his sister at the beginning. 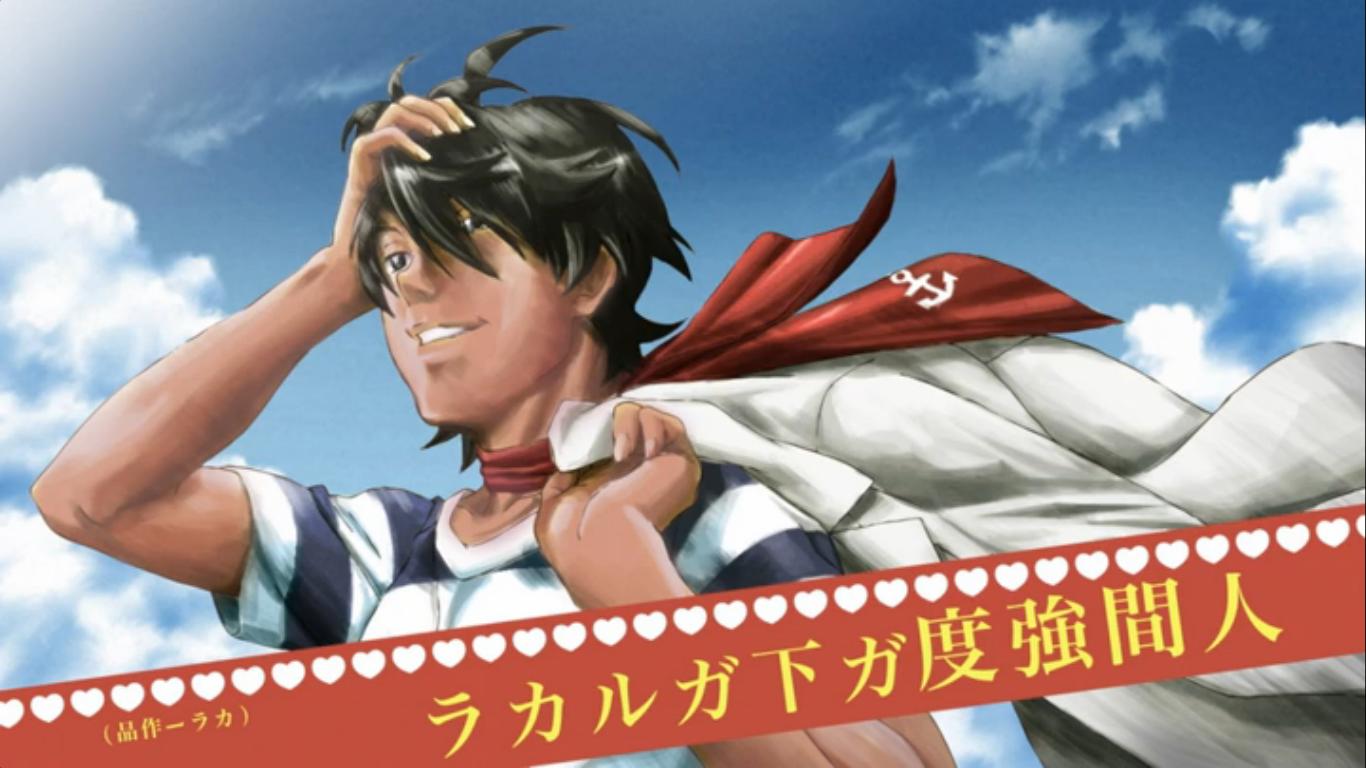 The text here states, according to the subtitles (and reading the text right to left):

IT'LL WEAKEN ME AS A HUMAN (COLOUR ART WORK)

I don't imagine the actual text here to be particularly significant though.

In either case, this reminded me a lot of Chinese socialist posters used for propaganda, but I am not sure if "interpretation" is correct, given that I haven't really been exposed to anything similar from any other East Asian countries (namely Japan, in this case). Is my interpretation correct, or can this drawing of Araragi also be interpreted as a reference to some non-Chinese drawing style (perhaps of the variety used for propaganda in another country)?

While I have not seen this episode yet, let me chime in to confirm that this image looks awfully close to typical war propaganda posters. They do not have to be Chinese actually, Russians looked the same, as did those by Western countries at the time.

The drawing style was, as far as I know, mandated by the circumstance around the second world war, meaning they all look similar. The messages are also (maybe surprisingly) similar, as is the facial expression of energetically staring into the upwards, far distance.

The text in the example given is Japanese, which I sadly cannot read.

Chinese and Russian as well as other socialist propaganda made particular use of red colors: 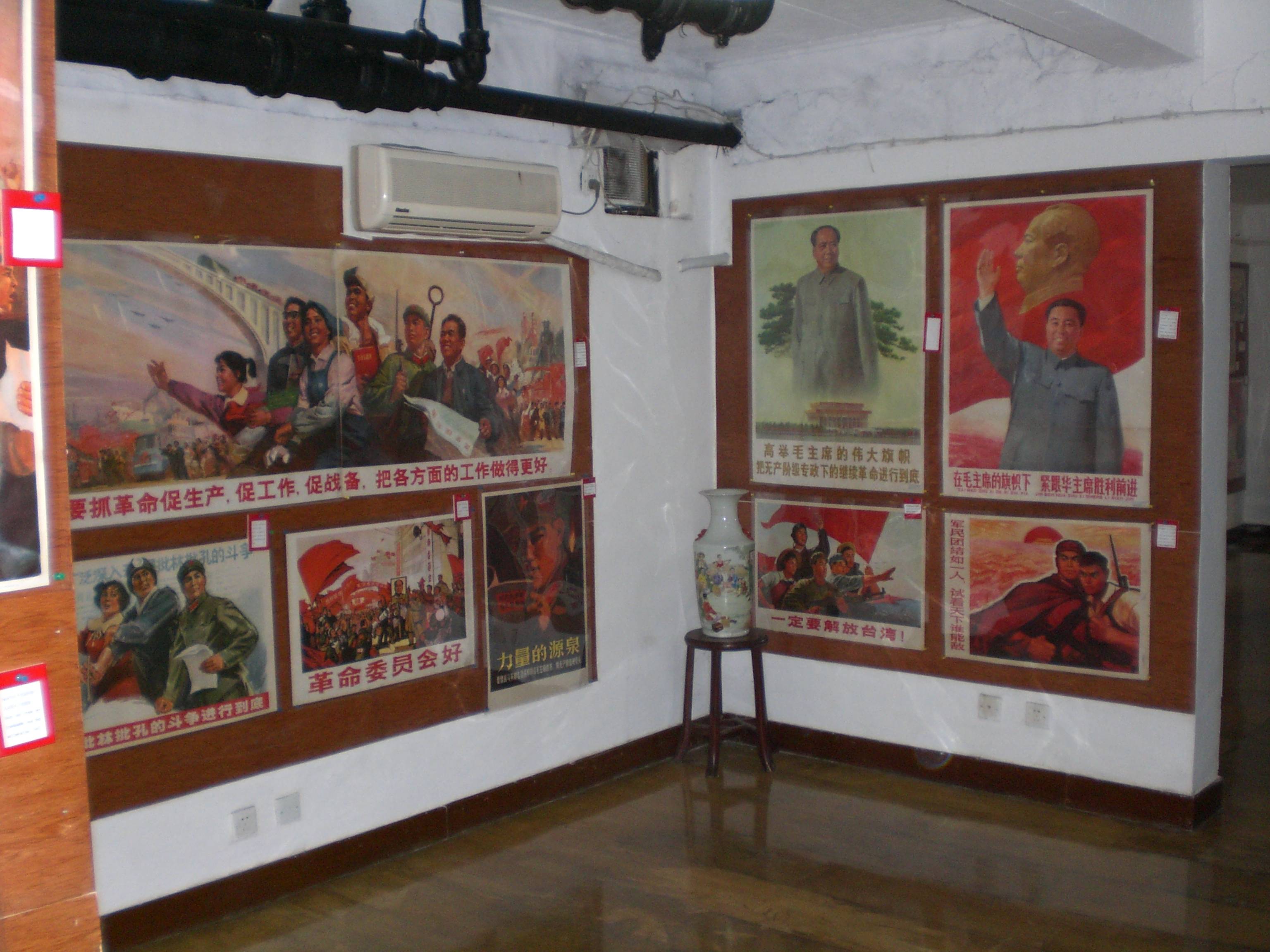 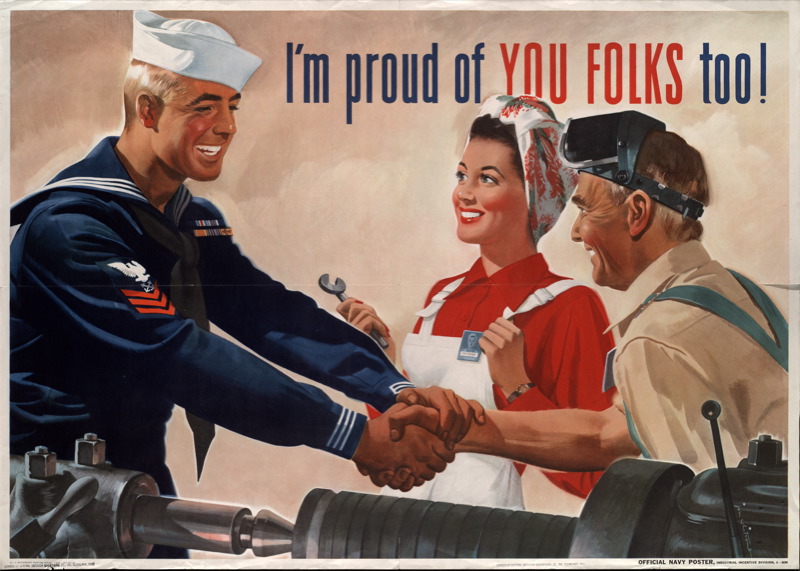 12
What is this place from episode 9 of Monogatari Second Season?
17
Who is Araragi supposed to look like in this scene?
9
How are people supposed to read and understand these part-second text frame scenes?
15
What's up with this Araragi and Nadeko scene in Tsubasa Cat, Part 1 (episode 11)?
7
Is this Monogatari opening a take on another artists' style?
10
What's with this up-tilted head posture?
3
What series is this depiction of Araragi Karen referring to?
9
What is the Evangelion reference Araragi was talking about?
2
Is this picture of Oshino Ougi light novel art or fanart?
11
Who is the uniformed guy in this Owarimonogatari end card?