Resshin, the 8th flame dragon was revealed as Recca's & Kurei's father, Oka. Does that mean that all flame masters will eventually become a flame dragon after they die? Or does this only apply when a flame master died with regret like stated here?

When Oka died with regret in his heart, he became the eighth dragon, and took the name of Resshin. Because his flame had an inner shape, he was able to retain his natural power and did not become a useless dragon.

Was there any official explanation about this? I haven't read the manga so I don't know if the answer was explained there.

It was revealed later that Recca was not a flame master like the others, he had inherited the former flame dragons, but he himself had no unique flame ability. Therefore, when he dies, he might become a flame dragon, but he'd be a useless one. 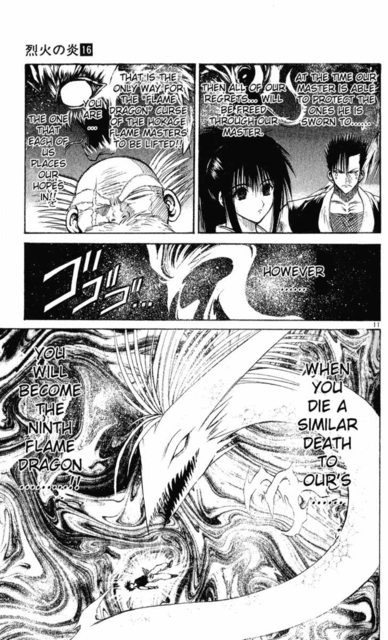 Not the answer you're looking for? Browse other questions tagged flame-of-recca or ask your own question.