Where are we shown Rose's surname?

According to the Fullmetal Alchemist Wiki, Rose, the character who appears in the Lior arcs of FMA, has "Thomas" for a surname. While the Wikipedia entry on her simply refers to her as Rose, a quick Google search for fma rose yields several results for her as "Rose Thomas".

However, I don't recall Rose ever being referred to as anything other than "Rose" during the course of either Fullmetal Alchemist anime series or in the manga. (It is of course possible that I don't remember the 2003 anime very well, since I binge-watched it a year ago and might have missed some details.) What's the origin of her supposed surname, and is this even something "official" in any capacity?

This is clear from this video where the aforementioned game is played on an emulator.

If you go to 2:49 you can see Rosé introducing herself to the Elric brothers as: Roze Tōmasu (in Japanese writing, katakana is used for writing non-Japanese names, ロゼ・トーマス) which is then adapted to English as Rosé (not like the flower rose) Thomas.

This surname appears neither in the manga nor in the anime. It is common however for wikis to adopt such information from officially released games.

Here is the aforementioned screenshot: 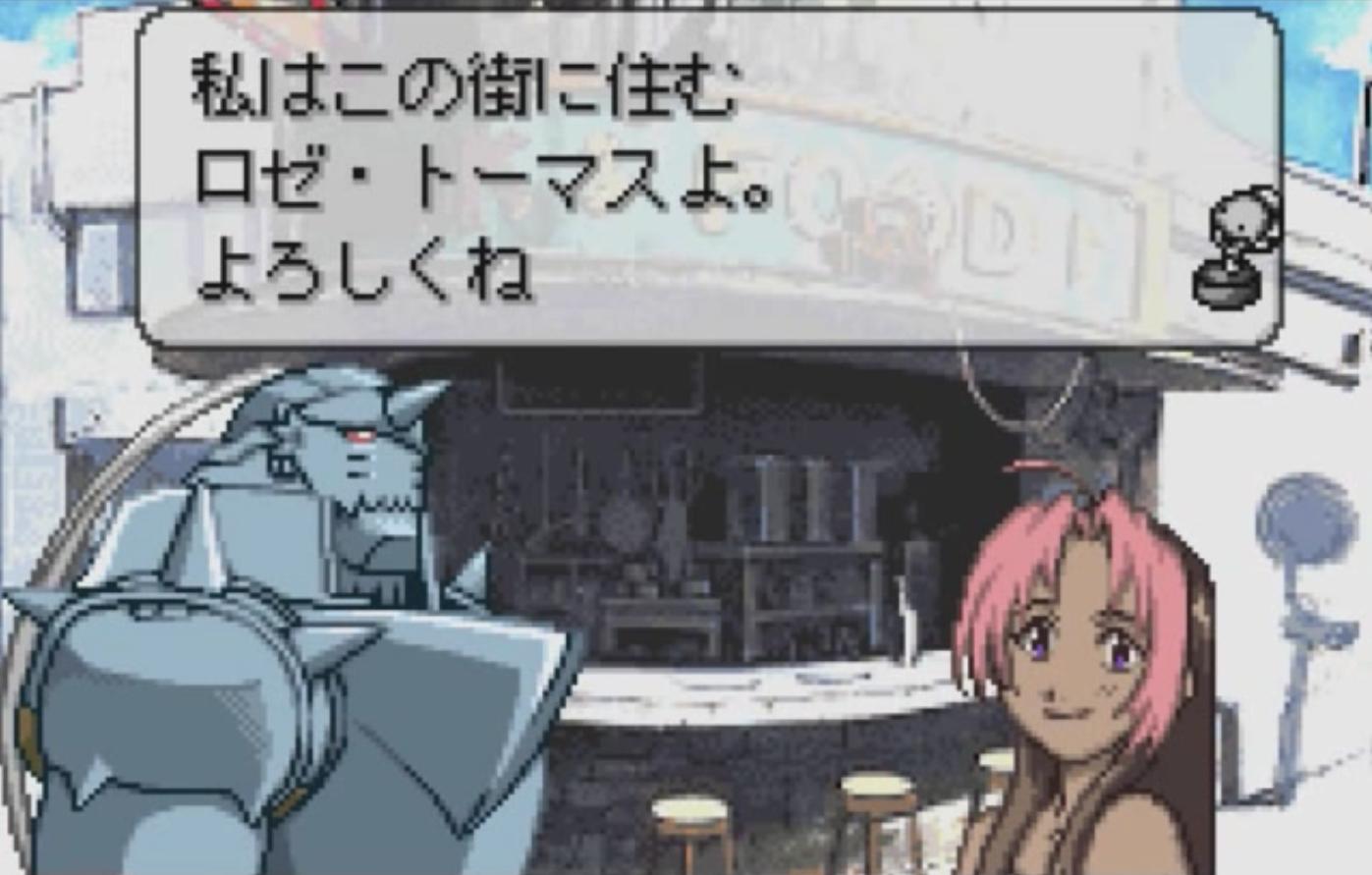 18
What are the transmutation circles in Fullmetal Alchemist based on, if anything?
7
Where did Scar's other tattoo come from?
8
Why are the 'things' that are created from human transmutation so randomly generated?
11
Are the Homunculi abilities based on the sins?
12
Where is Pride's Homunculus tattoo?
2
What is depicted on the gate shown in episode 63 of Brotherhood?
4
Has the State Alchemist pocket watch ever been shown to be of use in a transmutation?
8
Are Elric brothers good at electronics?
2
Where in Brotherhood does this screenshot of Ed and Al as children appear?
5
How are transmutation circles built?