Akira is a manga series by Katsuhiro Otomo, set in a post-apocalyptic Neo-Tokyo. Otomo directed a 1988 anime film adaptation of the manga. 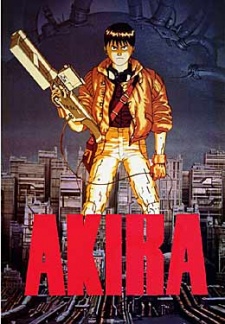 Akira (アキラ) is a manga series written and illustrated by Katsuhiro Otomo, who also directed an epochal 1988 anime film adaptation of the manga.

Akira is set in a Neo-Tokyo after the original Tokyo was destroyed by what was apparently a nuclear explosion. Tetsuo, a bike gang member, acquires psychic powers, which attracts the attention of Colonel Shikishima's government team. This team is the same team that experimented on Akira, who also has psychic powers.

Is there a meaning/message behind Akira?

How different are the manga and movie versions of Akira?

Is Akira the only anime produced in 24fps?