Attack on Titan (or, "Shingeki no Kyojin") is a manga by Hajime Isayama and an anime by Production I.G and Wit Studio. It's a dystopian fantasy about people under attack by "Titans", gigantic humanoid creatures who devour humans for no apparent reason. 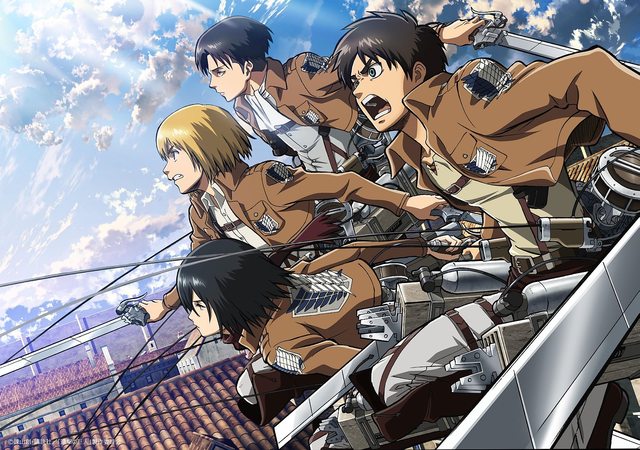 Attack on Titan (進撃の巨人 Shingeki no Kyojin, lit. "Advancing Giants") is a manga series written and illustrated by Hajime Isayama. The series began serialization in Kodansha's Bessatsu Shōnen Magazine on September 9, 2009. An anime adaptation produced by Wit Studio and Production I.G aired in Japan on MBS between April and September 2013. There have since been a number of other adaptations and side-stories.

The story tells Eren Yeager, his adoptive sister Mikasa, and their friend Armin, all of whom live within a country surrounded by three enormous concentric walls as a defense against Titans. They lived in peace for one hundred years, but everything changed when a Colossus Titan appeared and breached the outer wall.

Why is "Shingeki no Kyojin" translated as "Attack on Titan"?

What is the gender of Armin in Shingeki no Kyojin?

Why does the ground shake when titans walk?