Danganronpa (ダンガンロンパ) is a Japanese video game franchise, originally developed by Spike Chunsoft, which has had several adaptations into other media. 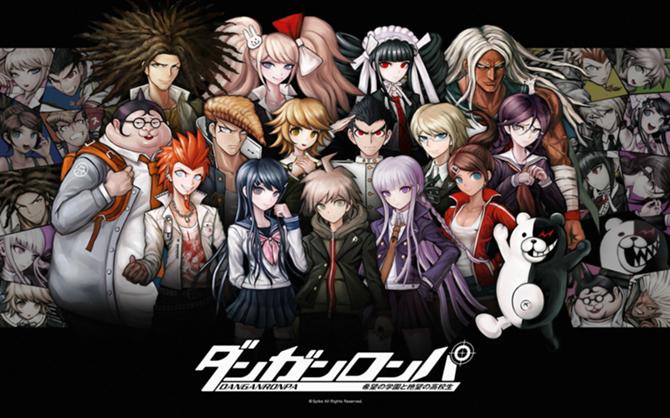 Danganronpa (ダンガンロンパ) is a Japanese video game franchise, which has had several adaptations into other media. Use this tag in questions about the games (visual novels)1, manga, novels and anime.

Originally developed by Spike Chunsoft, the franchise revolves about an elite High School called Hope's Peak Academy (希望ヶ峰学園). Every year the school selects 14 Ultimate Students (超高校級) - high school students who are the top on their field - along with one Ultimate Lucky Student chosen by lottery.
The school is presided by Monokuma, a stuffed teddy bear, that explains the students that their graduation depends upon them committing a murder and getting away with it.

The franchise consists of:

1Allowed questions about games should be about plot aspects, and not the gameplay or other such things. The latter type of question should be asked on Arqade, as explained in our help center.

Why is Monokuma's body half-black, half-white?

What is carved into Toko's leg?

What does Monokuma's Morse code theatre translate to?