Death Note is a manga written by Tsugumi Ohba and illustrated by Takeshi Obata, with various adaptations. The protagonist, Yagami Light, finds a notebook which can be used to kill anyone, and tries to use this to reform society as he sees fit. 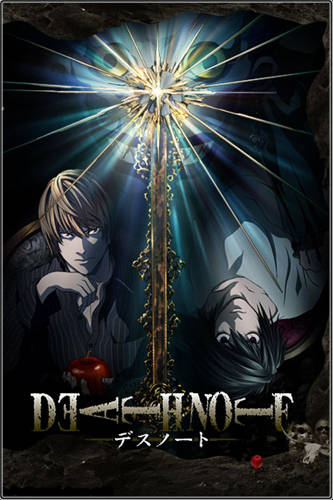 Death Note is a Japanese manga series, created by writer Tsugumi Ohba and manga artist Takeshi Obata, about a high school student who discovers a supernatural notebook, the "Death Note", dropped on Earth by a shinigami (a god of death). The Death Note grants its user the ability to kill anyone whose name and face they know, by writing the name in the notebook. It has had several adaptations (anime, anime movie, novel, live-action movie).

For more information on the franchise, see its Wikipedia page or the Death Note wiki.

How old was L in the Death Note series?

Did Light truly love anyone?