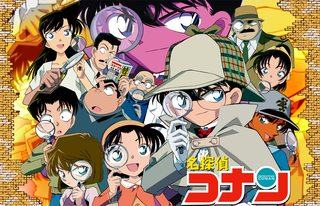 Detective Conan (名探偵コナン / Meitantei Konan; localized as Case Closed) is a Japanese detective manga series written and illustrated by Gosho Aoyama. It has been serialized in the Japanese manga anthology Weekly Shōnen Sunday since 1994. The anime series began in January 8th, 1996 by the animation studio Tokyo Movie Shinsha. It is directed by Kenji Kodama and Yasuichiro Yamamoto. The series has spanned 900+ chapters and 740+ anime episodes. It has also spawned 18 movies, 12 OVAs, several video games, and a live action drama.

Why doesn't Conan reveal his identity at least to Ran in Detective Conan (Case Closed)?

Why is “Meitantei Conan” translated as Case Closed?

How old is Conan meant to be?

Which episodes of Detective Conan are canon?

Is there an official statement about Detective Conan's ending?