"Dog Days" is a fantasy anime directed by Keizo Kusakawa and produced by Seven Arcs Studio. This anime is about Shinke Izumi's summoning to the Kingdom of Flonyard as one if its "Hero". He is summoned by the dog-like Princess of the Biscotti Republic, Princess Millhoire. 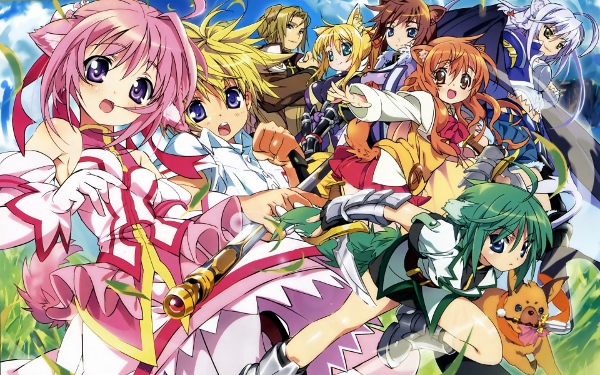 Dog Days is a fantasy anime directed by Keizo Kusakawa and produced by Seven Arcs Studio. It was later adapted into a novel and a manga, and a second season for the anime was also produced. The story follows Izumi Shinku, a middle-school boy from Japan, who gets summoned by Princess Millhiore from the fantasy land of Flonyard.

The original anime aired in April 2011, with the manga, written by Masaki Tsuzuki, shortly following in May 2011. A second season of the anime titled Dog Days' (note the apostrophe) aired in July 2012.

For more information, see the Wikipedia page or the ANN Encyclopedia.