Durarara!! (デュラララ!!? or DRRR!!) is a supernatural light novel by Ryohgo Narita, illustrated by Suzuhito Yasuda, adapted into anime and manga. A mysterious gang called "the Dollars" appears in Ikebukuro, in addition to the headless "Black Rider" and "the Slasher". 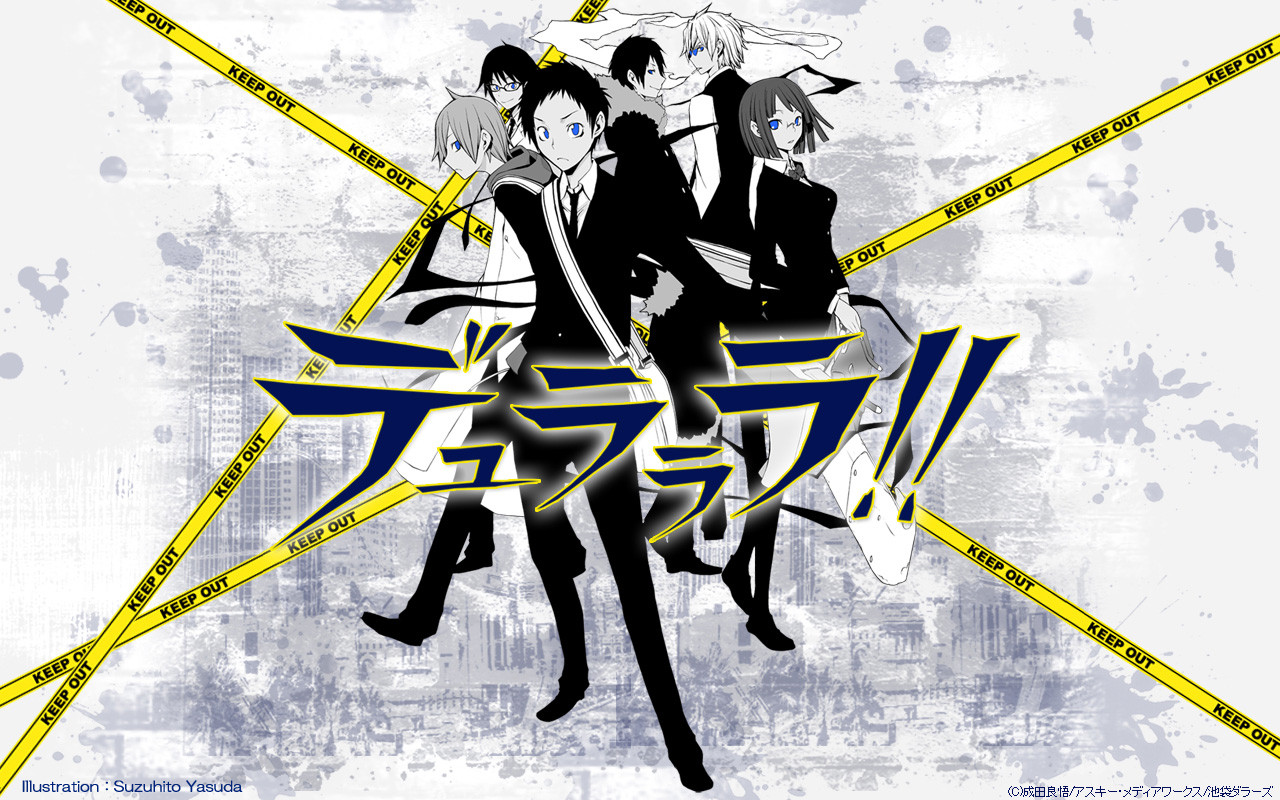 Durarara!! (デュラララ!!?), often romanized as DRRR!! in Japan, is a Japanese light novel series written by Ryohgo Narita, with illustrations by Suzuhito Yasuda, that has also been adapted into a Japanese anime series. The author has stated that the title is meaningless.

Durarara!! tells the story of a dullahan working as an underworld courier in Ikebukuro, an internet-based anonymous gang called The Dollars, and the chaos that unfolds around the most dangerous people in Ikebukuro.

As of August 2011, ten volumes have been published by ASCII Media Works under their Dengeki Bunko imprint. A manga adaptation by Akiyo Satorigi started serialization in the shōnen manga magazine Monthly GFantasy on April 18, 2009. An anime adaptation began airing in Japan in January 2010, and a second season begain January 2015. A game based on the series for the PlayStation Portable was released on September 22, 2010.

What is Saika constantly posting on the Message Board?

In what order should I watch Durarara?