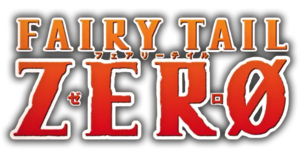 The story behind the creation of Mage Guild Fairy Tail begins to unfold on Tenrou Island. On the year X679, Mavis Vermilion is left to fend for herself after a war takes the lives of those who reside on the island. Seven years later, she encounters those who will, in the near future, title themselves as the founding members of Fairy Tail.

How did Zeref "Black Wizard" get cursed?