Fate/Extra is a 2010 RPG created by Type-Moon and Image Epoch. This tag covers both the original game and the sequel Fate/Extra CCC. For the parent series, see [fate-stay-night]. 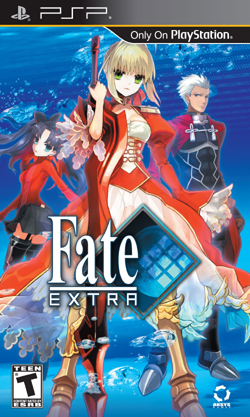 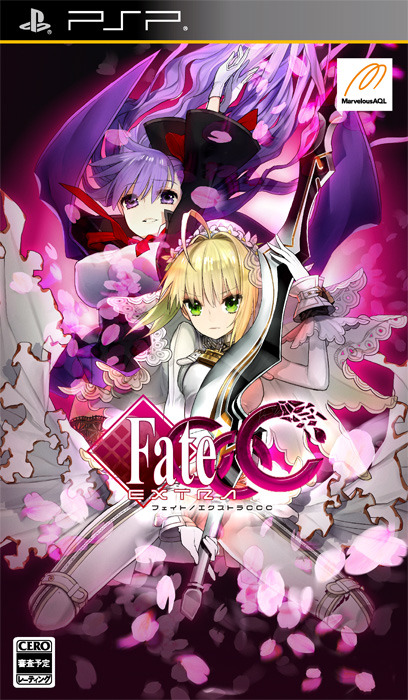 Fate/Extra (フェイト/エクストラ) is a role-playing game for the PlayStation Portable, created by Type-Moon and Image Epoch. The game takes place in a parallel universe to the visual novel Fate/stay night.

The Player assumes the role of a nameable Male or Female Protagonist (Canon wise it is Hakuno Kishinami). After suffering from splitting headaches and noticing distortions in Tsukumihara Academy the player follows Leonardo B. Harwey though a wall. after obtaining an effigy and being defeated by another the player's willpower summons one of three Servants, Saber, Archer or Caster.

From there the Player is thrown into a new Tsukumihara Academy and revealed that they have passed the Preliminary Round along with 127 People for the Holy Grail War, set inside a virtual space with the ultimate prize being able to reach the Moon Cell where the Holy Grail can grant the wish of the victor. Each week Masters and their Servants must research their set opponent's Servant to prepare them for the Elimination Match where the Victor continues on and the vanquished is deleted and killed.

A Squeal to the game title Fate/Extra CCC (フェイト／エクストラ CCC, Feito/ekusutora CCC) was released in March 2013, set on the 6th week of the previous game and described as a kind of "Heaven's Feel" route. The Advanced AI BB used her abilities to create the Sakura Labyrinth and traps Past and Present Masters on the Far Side of the Moon Cell. the Player can choose the same 3 servants but also can choose Gilgamesh as a Servant.

Sound Drama's and Manga have been released revealing insight into the Player's Servants and also into some of the other Servants/Advanced AI's cut from the 2 games.

For the parent series, see fate-stay-night

What are Arcueid's origin similarities with Caster?