From the New World (or, "Shinsekai Yori") is a novel by Yusuke Kishi. It was adapted into an anime by A-1 Pictures starting in 2012. It's a sci-fi drama about a futuristic world ruled by people who have telekinetic powers. 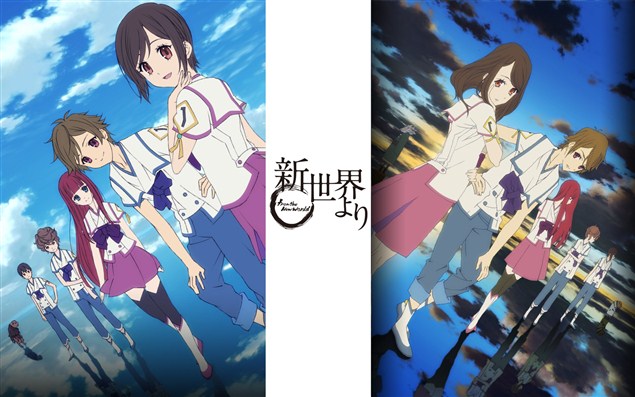 From the New World (or Shinsekai Yori) is a novel written by Yusuke Kishi. It was also adapted into a manga and an anime. The anime adaptation was produced by A-1 Pictures and directed by Masashi Ishihama. The story is set a millennium in the future, in a time where humans have a telekinetic power called juryoku.

The novel was published in January 2008, and the manga (also written by Yusuke Kishi and with art by Tooru Oikawa) began serialization in May 2012. The 25 episode anime adaptation aired from September 2012 to March 2013.

For more information, see the Wikipedia page or the Shinsekai Yori fan wiki

How did humans get telekinetic powers?

What exactly is a false minoshiro in Shinsekai Yori?