Little Busters! is a Japanese visual novel created by the Key company. It has several manga adaptations and an anime. 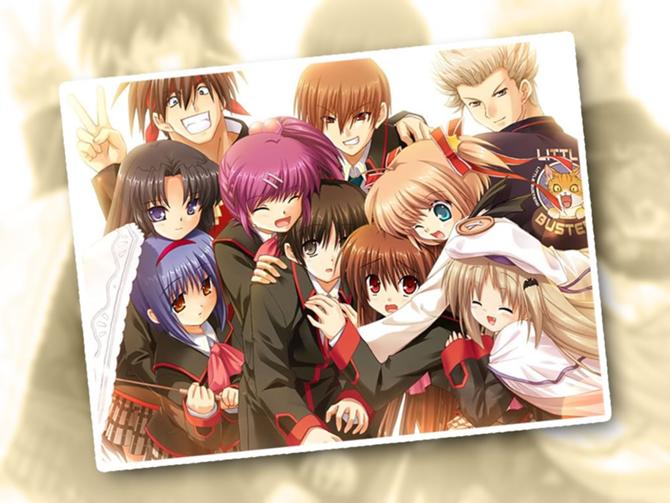 Little Busters! is a Japanese visual novel created by the Key company. And adult version of the game has also been released under the name Little Busters! Ecstasy. In addition, there are a number of manga adaptations, a 2-season anime, and several derivative works.

little Busters! story revolves around the main protagonist Riki Naoe, a young male high school student. When Riki was a child, his parents died, leaving him hopeless and depressed. He was saved by a group—three boys and a girl, all his age—who referred to themselves as the Little Busters, a group dedicated to fighting evil and preserving justice. Source

How large is Dorj the cat?

What is the “secret of this world” that the mysterious letters to Rin refer to?

Why does Rin have cat-ears?