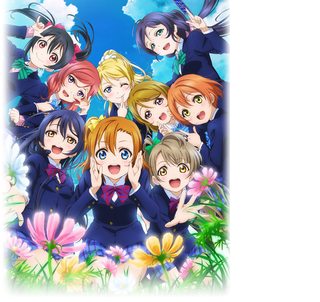 Love Live! School Idol Project is a multimedia project co-developed by Dengeki G's Magazine, Lantis (a music label) and Studio Sunrise. The comedy- and music-oriented series started as a manga released in January 2012 in Dengeki G's Magazine, which was followed by an anime TV series produced by Sunrise in January 2013. The story follows Honoka Kosaka who decides to create a "school idol" group in order to save the school from being shut down because of a lack of students.

The manga is written by Sakurako Kimino and the TV series is directed by Takahiko Kyōgoku and written by Jukki Hanada, with music by Yoshimasa Fujisawa (soundtrack published by Lantis).

What does “nico nico nii” mean?

In Love Live episode 6, what were the results of each member in karaoke/dance?