Puella Magi Madoka Magica (or Mahou Shoujo Madoka Magica) is a 2011 magical girl anime by the animation studio SHAFT. It has various adaptations and side-stories as well. 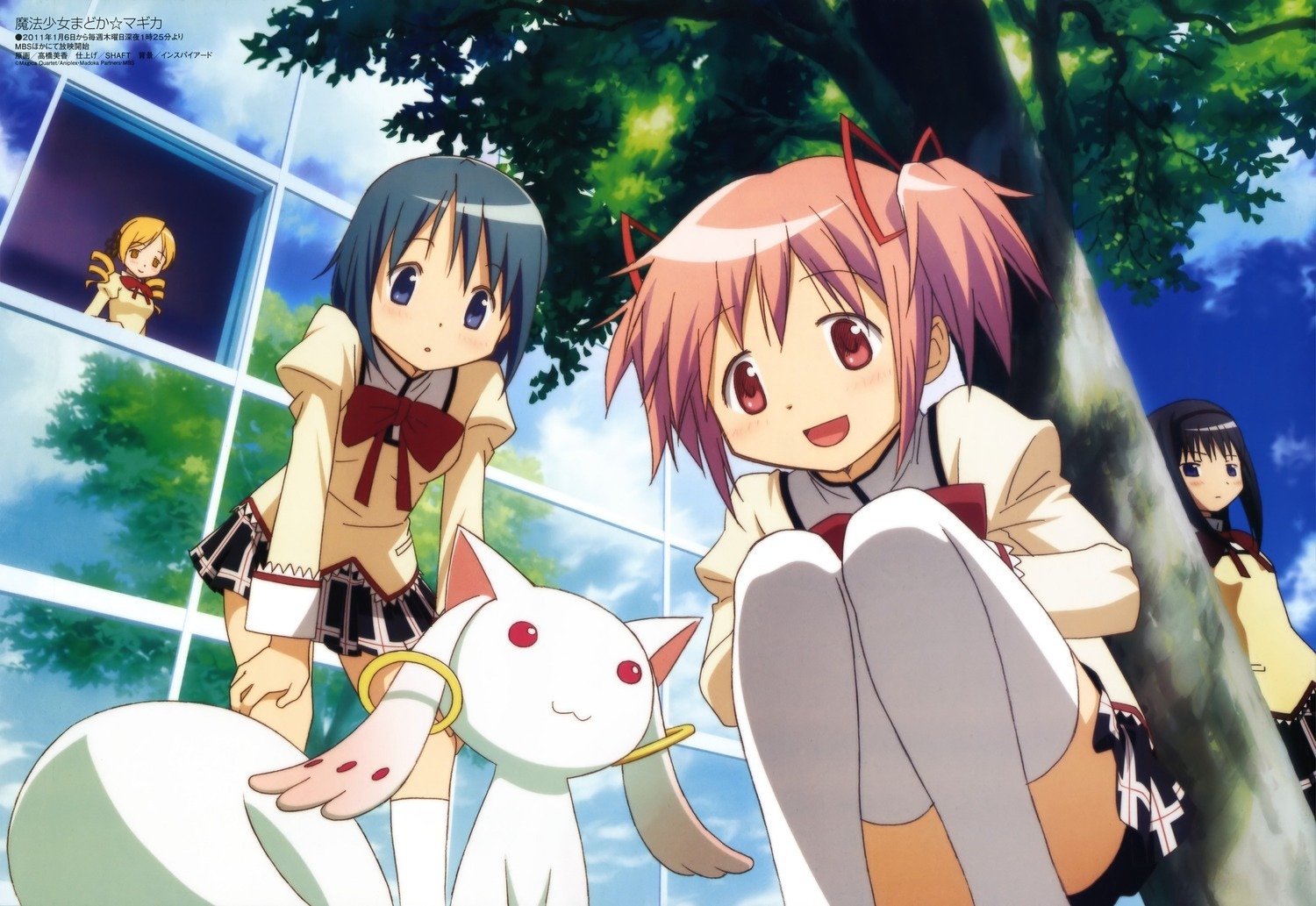 Puella Magi Madoka Magica (also 魔法少女まどか☆マギカ, Mahō Shōjo Madoka Magika) is an original anime from 2011 of the magical girl genre by animation studio SHAFT, directed by Shinbo Akiyuki and written by Urobuchi Gen. It is well known for its dark themes and references, unlike most traditional magical girl shows.

Kaname Madoka gets involved in a battle between witches, evil beings which bring despair to humanity, and magical girls who are tasked with defeating them. According to Kyuubey, the small companion of the magical girls, Madoka has the greatest potential of any magical girl. But not everything is as it seems...

This tag includes the original anime, the various film, manga, and game adaptations, and any other miscellaneous related things.

Why is "Puella Magi" equivalent to "Mahou Shoujo"?

Who are the Witches whom these Magical Girls represent?

How to explain to my 10 year old niece that Puella Magi Madoka Magica is not a kids show?

How did the Incubators start making Magical Girls?