Nagi no Asukara (also, "Nagi-Asu: A Lull in the Sea") is an anime by P.A. Works with a manga adaptation by Risou Maeda. It's a fantasy romance drama about an underwater village and its inhabitants. 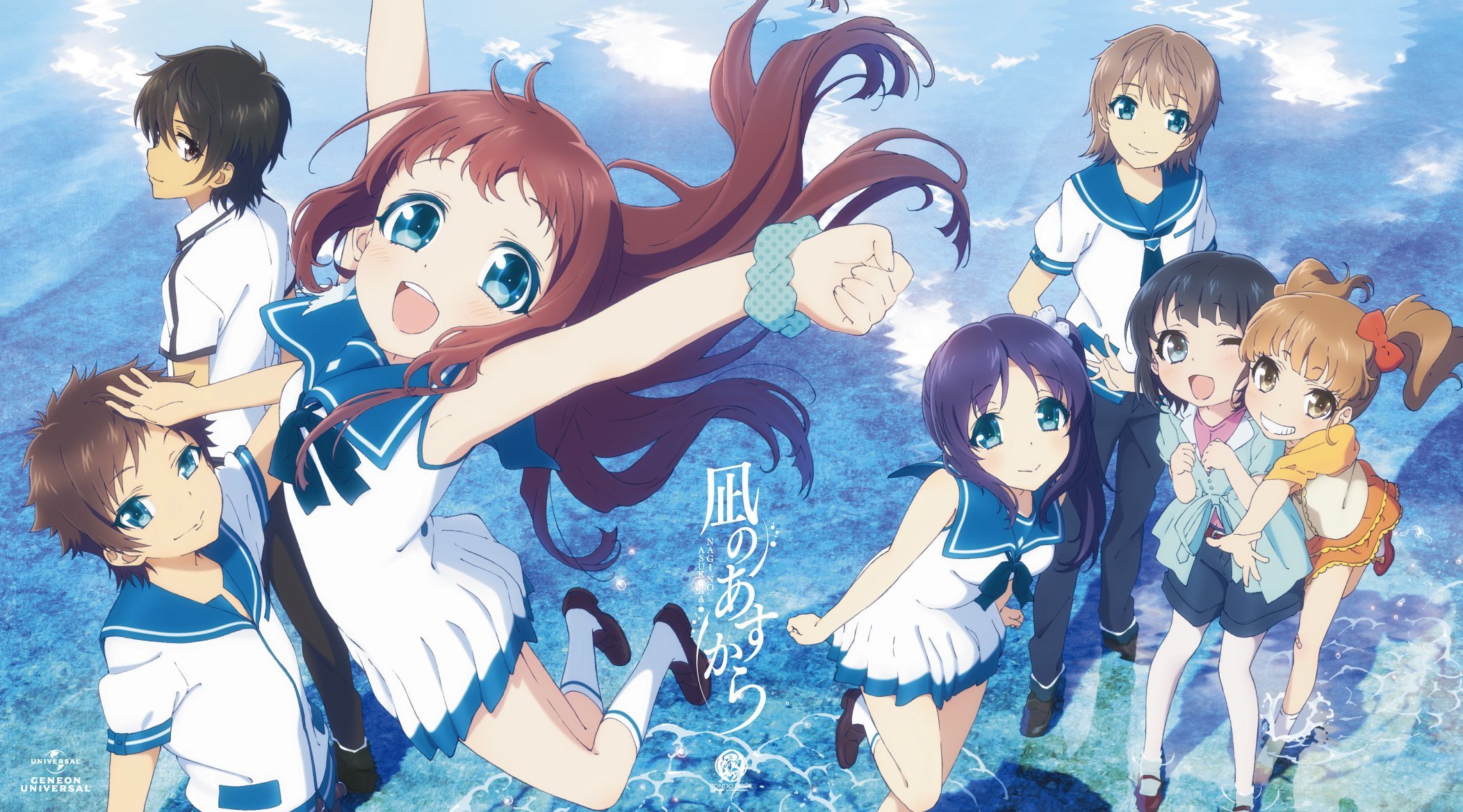 Nagi no Asukara is an original anime by P.A. Works about five middle school friends: Sakishima Hikari, Mukaido Manaka, Hiradaira Chisaki, and Isaki Kaname who live in an undersea village, and Kihara Tsumugu who lives on land. The story tells their struggles to adjust to a new environment and the relationships between the sea and land people, while dealing with newfound feelings that have just appeared with the end of their childhood.

Where did the "# years of pain" originate from?

What's so important about hibernating?

How is the Boatdrift Ceremony (Ofunehiki) supposed to be held?