Noragami is a supernatural action manga and anime. It follows Yato, a god who has lost most of his followers and performs services for any who will pay, and Hiyori, a girl who becomes involved with his supernatural world after a near-death experience. 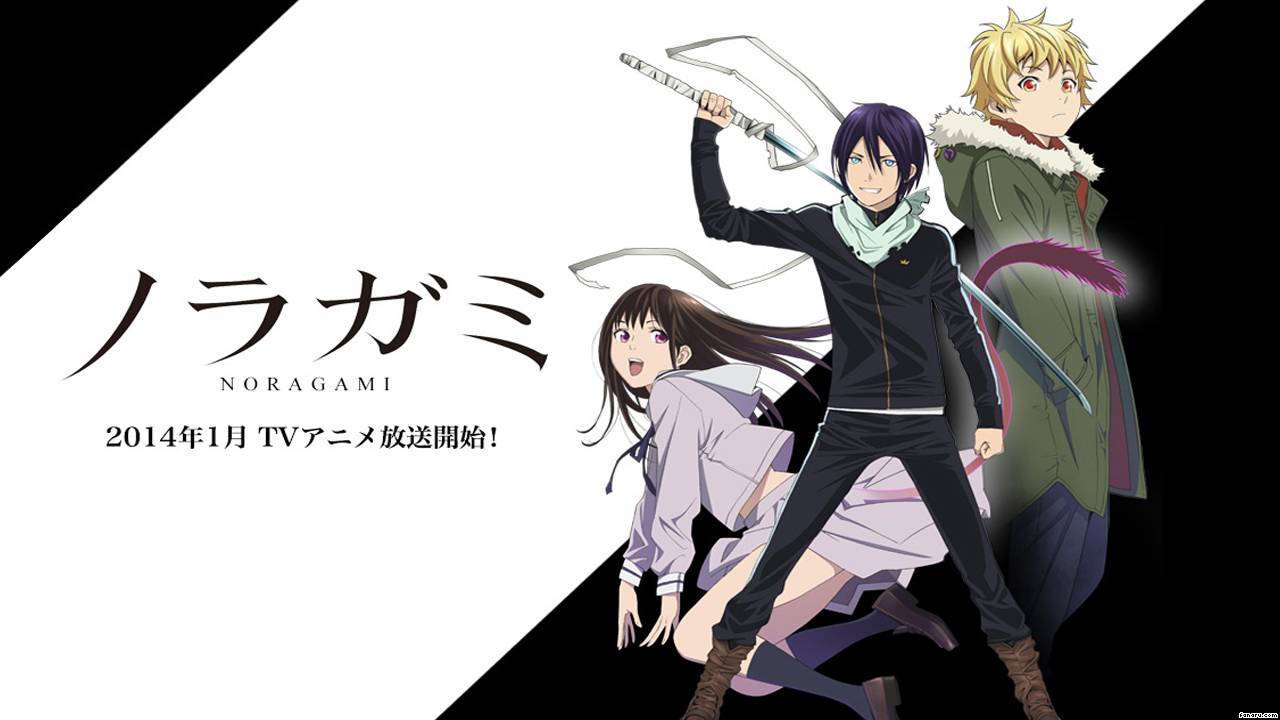 Noragami is a manga series by Adachitoka. It follows Yato, a god who has lost almost all of his followers and performs odd jobs for those who will pay him a small fee of 5 Yen. Hiyori Iki is brought crashing into Yato's world after a near-death experience leaves her with the ability to leave her body as a half-phantom.

How does Hiyori figure out Yato's real name?

Why is part of Tenjin's hat transparent?

Is Bishamon a god of war or a god of fortune?

An anime about a bullied girl who gets help from a "god"?