Sasami-san@Ganbaranai is supernatural, romantically comedic light novel about the hikikomori Sasami Tsukuyomi and her brother and teacher Kamiomi. An anime adaptation by the studio Shaft aired between January and March 2013.

Sasami-san@Ganbaranai is supernatural, romantically comedic light novel series written by the novelist Akira. It was adapted into a 4 volume manga starting in 2012, and a 12 episode anime in 2013. 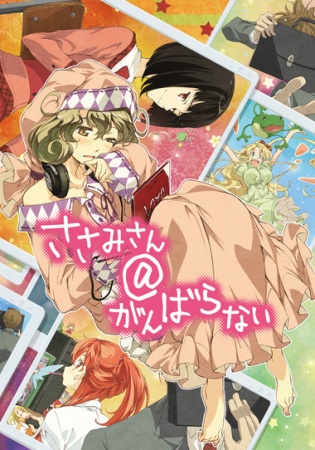 Sasami Tsukuyomi is a hikikomori, someone who refuses to leave their homes for weeks or months, currently in high school. When she observes how the three strange Yagami sisters interact with her brother and teacher Kamiomi, things start to get really weird.

Why are old anime women often depicted as young girls?

Do the symbols that appear in the OP of Sasami-san@Ganbaranai mean anything?