Sword Art Online is a light novel and anime by Reki Kawahara and A-1 Pictures. It's a shounen fantasy about the a boy Kirito, who travels through various virtual-reality MMORPGs. 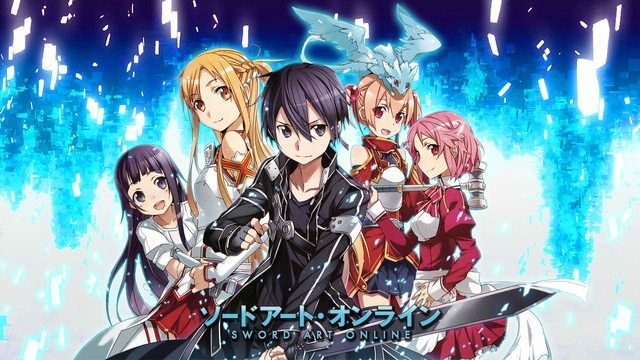 Sword Art Online (also ソードアート・オンライン) is a light novel by Reki Kawahara, illustrated by Abec. The light novels began publication from 2009. A television anime series produced by A-1 Pictures aired in Japan between July and December 2012, and a second anime series, titled Sword Art Online II, will begin airing in July 2014.

The story tells Kirito, a gamer who's eager to jump back into action, having spent a great deal of time as a beta tester. But soon, Sword Art Online's 10,000 players discover that not only are they unable to log out, the only way they can return to their physical bodies is by beating the 100-level tower's final boss. But death in the game means death in the real world.

How does Kirito come back to life when he's fighting Heathcliff?

Why did Kirito toss the sword away in episode 17 of the second season?

What is Kirito's relationship with the girls of SAO?