The Familiar of Zero ("Zero no Tsukaima") is a light novel series by Noboru Yamaguchi about an incorrigible tsundere. 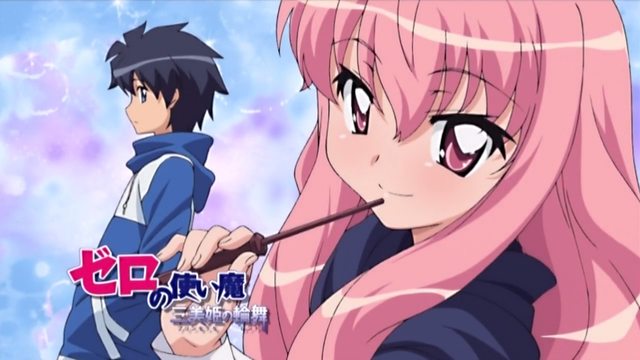 The Familiar of Zero (Zero no Tsukaima) is a fantasy and comedy series which started as a light novel (by Noboru Yamaguchi) and was adapted into a manga and anime. It takes place in a far-off land and follows a young but seemingly-incompetent magician, Louise de La Vallière, and Hiraga Saito, her summoned familiar, a young boy from Earth.

Who is this third character and what is her connection?

Who is this third character and what is her connection?

How Can so many weapons from Saito's world exist in Halkeginia?

What happened to the Ring of Andvari?

Can someone tell me what this song from episode 38 of Zero no Tsukaima is?