Uchouten Kazoku (or "The Eccentric Family") is a comedy/drama novel by Tomihiko Morimi and anime by P.A. Works. In Kyoto, several families of Tanuki (raccoon dog), who are able to take any form, are quarreling about who is to be the next Nise-emon (leader of all tanukis). 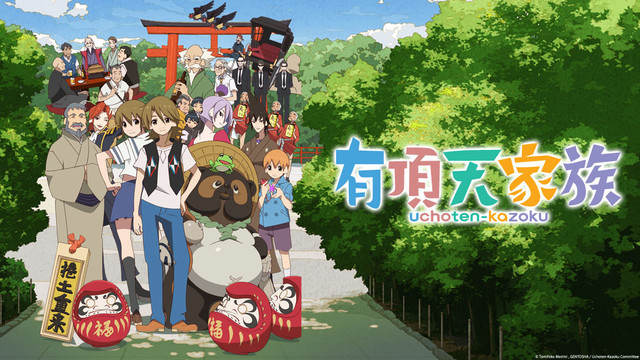 Uchouten Kazoku, also know as The Eccentic Family, is a Japanese comedy/drama novel written by Tomihiko Moromi. A anime adaption began airing 7th of July in 2013.

The story of Uchouten Kazoku revolves around Yasaburo, a young tanuki. Yasaburo is a carefree boy, but he gets caught up in events related to his father's surprising death and the election of the next tanuki leader (Nise-emon).

What did Yasaburou mean by calling himself a “Bohemian Tanuki”?

Who are these characters in the end of the last episode's still?

What are Yasaburo and Professor eating in episode 9?

Why strike stones taken from inside a pot against each other?