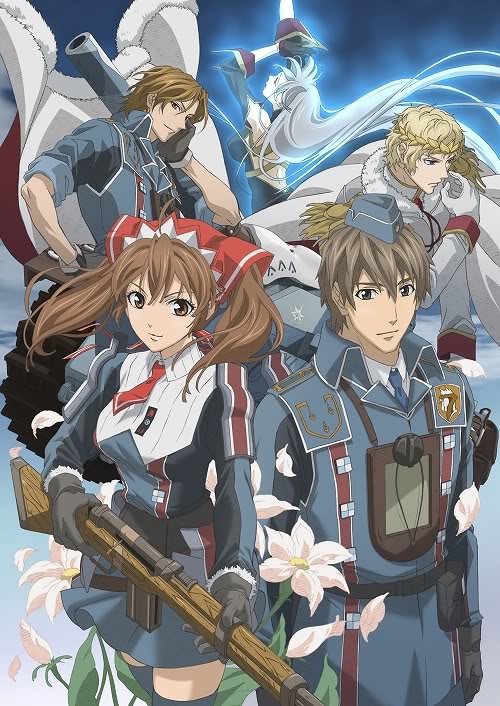 The game is set in a fiction version of 1935 Europe called Europa. A cease fire between the Autocratic East Europan Imperial Alliance (AKA The Empire) and the Atlantic Federation formed at the end of the First Europan War (EW1) is torn up when the scarcity of Ragnite, a multi-purpose mineral used for fuel and medicine, prompts The Empire in declaring war on the Federation sparking the Second Europan War (EW2).

The Empire sets it's sights on the previously neutral Principality of Gallia which had been keeping out of the war, the reason for the Empire's attack on Gallia being it's rich resource of Ragnite.

2 Anime Adaptations were released, the first released in 2009 was a loose adaptation of the original game while a 2 episode OVA called *Valkyria Chronicles 3: The Wound Taken for Someone's Sake (戦場のヴァルキュリア３ 誰がための銃瘡 - Senjou no Valkyria 3: Ta Ga Tame no Juusou) was released in summer 2011 and was based off the 3rd game.

Did Alicia really wear a wedding scarf at the end of Senjou no Valkyria (Valkyria Chronicles)?

How is Jaeger still alive at the end of Valkyria Chronicles?