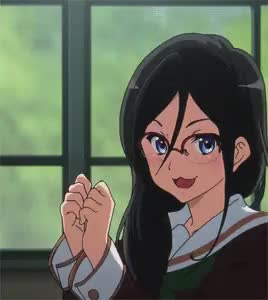 I first got into anime with Dragon Ball Z in 1998. Soon after, our local PBS affiliate broadcast Urusei Yatsura and Neon Genesis Evangelion, which sealed the deal. (Tip from my experience: the fastest way to get an eleven-year-old kid into anime is to show them Eva. It won't endear you to their parents much, though.)

As you can probably see, I like moe and slice of life shows. Other favorites are Haruhi Suzumiya, Fate/Stay Night, everything else by Key (Kanon, Little Busters, Angel Beats), and Ore no Imouto ga Konna ni Kawaii wake ga Nai (which was in my top five until the ending of Series 2). I also like some shoujo, especially CLAMP's work, Fruits Basket, Honey and Clover, Gakuen Alice, and Maria-sama ga Miteru.

I don't mind some of the big, popular shows, like Attack on Titan, but I really enjoy small, quiet series with great art, a low-key atmosphere, and a unique aesthetic. A lot of these aren't widely appreciated, but here are some to check out if you're looking for something new.