What Gundam series should I watch/read for Dynasty Warriors Gundam?

So looking at the back of the game manual of Bladestorm, I noticed that there is a Dynasty Warrior's game but using Gundams, titled Dynasty Warriors: Gundam 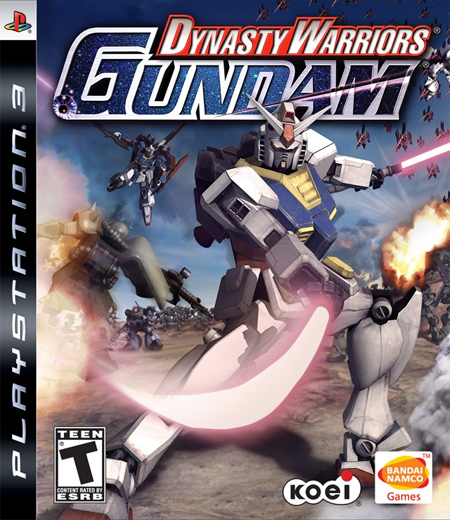 Now I am wondering, what Gundam Series, if any, I should watch/read before playing Dynasty Warriors: Gundam? It would be to get a better understanding of things, considering that I have not seen/read anything about Gundam before (with the exception to Gundam Force SD, which I think might be an alternate universe)

However, just like in Dynasty Warriors proper, the game's "official mode" follows closely to the anime's plotline, albeit a heavily condensed, somewhat inaccurate version (the first game is especially bad at this, with official modes starting in the middle of the actual show or an appearance from a character not introduced yet at that point, for instance) and only for the first three Gundam series. Still, I would say Dynasty Warriors: Gundam is a great way to catch the basic plot of the anime. If I am not mistaken, they are done in a character-based manner ala the earlier Dynasty Warriors. To play it in chronological order, you should do it in order of Amuro Ray, Char Aznable, Kamille Bidan and finally Judau Ashta.

The "original mode" on the other hand follows an original plotline, so some knowledge of the aforementioned series may be needed to fully appreciate it.

EDIT: I've honestly only played through the PS2 version of the second game, and I realise now that it is fairly different in the first game. In the first game, Char, a major antagonist from the first series Mobile Suit Gundam, is not unlocked initially, and there are also official modes for the antagonists of the next two shows (Paptimus Scirocco and Haman Karn). In this case, I would recommend playing through all the heroes first before the villains. I also just realized that in DWG2, Char's official mode includes his Zeta Gundam role; I would say then to leave Char for last from the original four. Beating Amuro's and Char's official mode also unlocks their Char's Counterattack storylines, which should definitely be played last.

Not the answer you're looking for? Browse other questions tagged gundam .