Did Yato cut Hiyori's ties to the Far-Shore in episode 6 of Aragoto?

Tenjin agreed to send Yato and Yukine up to Takamagahara to confront Bishamon for taking Hiyori hostage on the condition that afterwards Yato would sever ties with Hiyori. 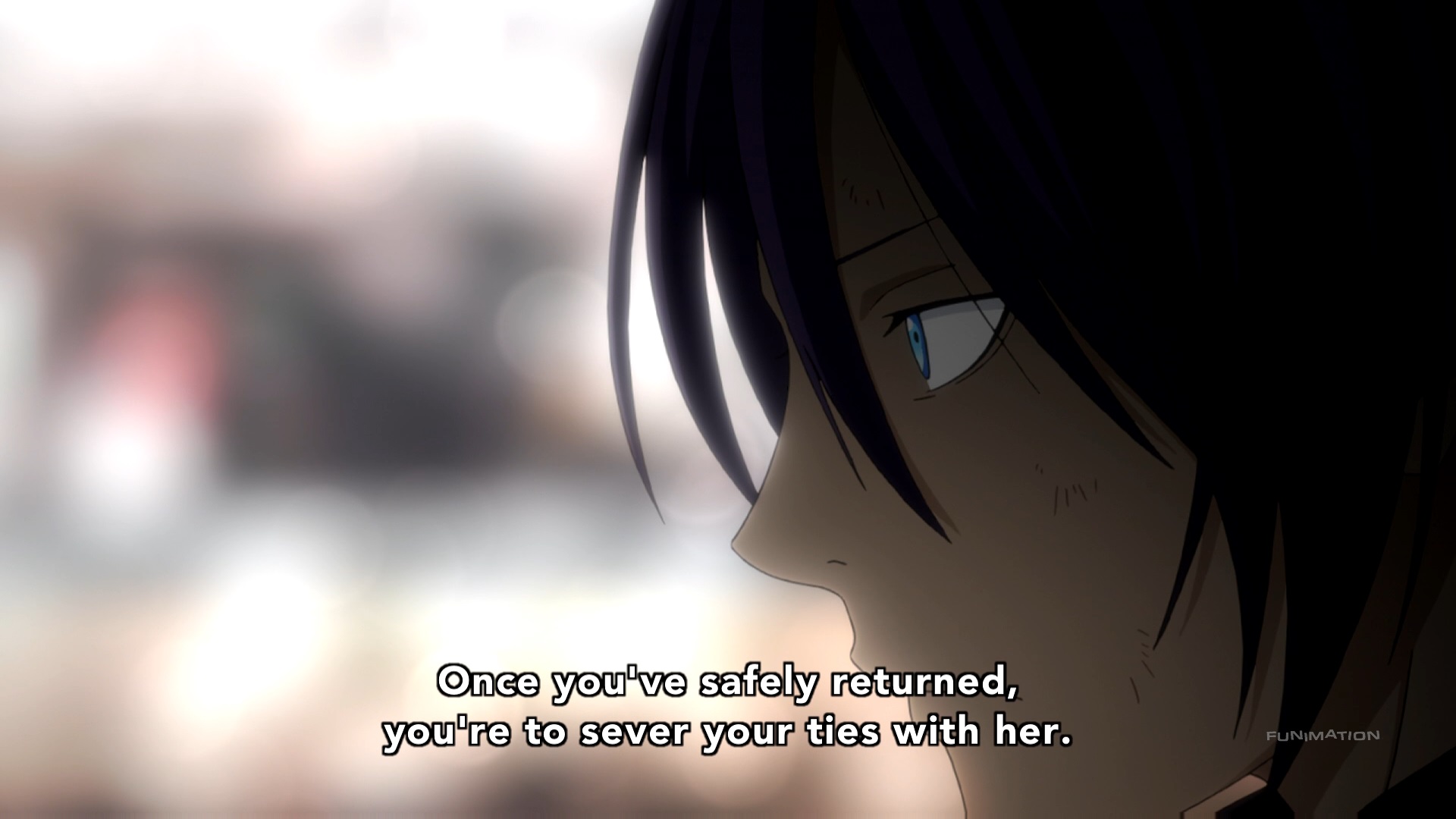 In Episode 6, when he returns, Tenjin brings it up and he wields Sekki to cut ties with her but she keeps refusing. However, it never shows him actually severing ties with her. Regardless of that, I don't think Tenjin would allow him to break his agreement. Later on in the episode, Tenjin and Tomone see Yato chasing after Hiyori and Tomone says, "It seems they haven't severed their ties at all." 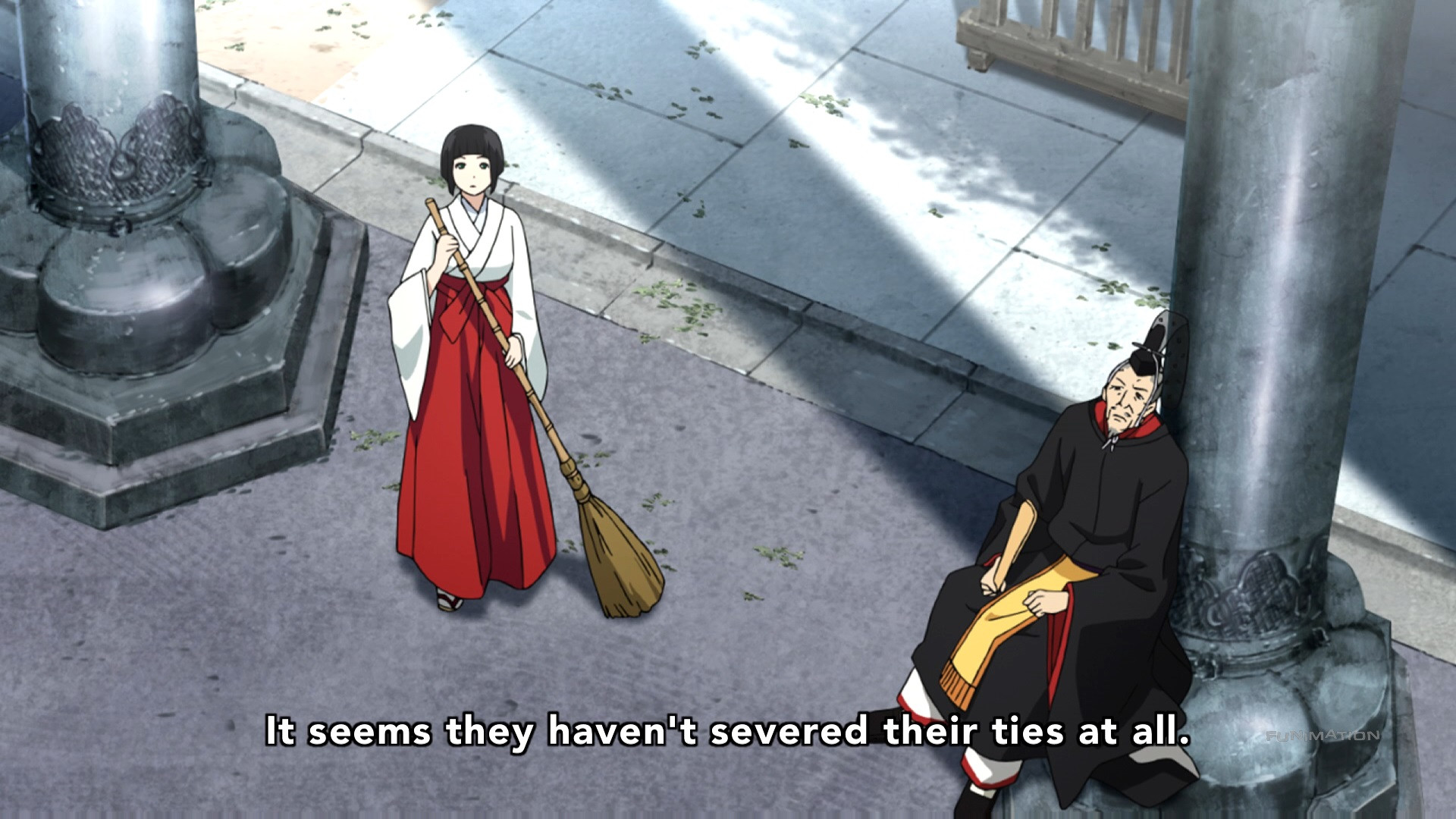 Now, I'm sure that they said when a God severs ties with someone from the Near Shore they lose all memories of that person. It seems like Yato is frantically trying to get her to know him again, and she seems a little more distant than before. So, it definitely seems possible that he did sever his ties to her but then relentlessly harassed her to get her to know him again as sort of a loophole to his agreement with Tenjin. However, if that was the case, I don't understand why she would have remembered Yato was the one who helped her classmate when her classmate approached her later. 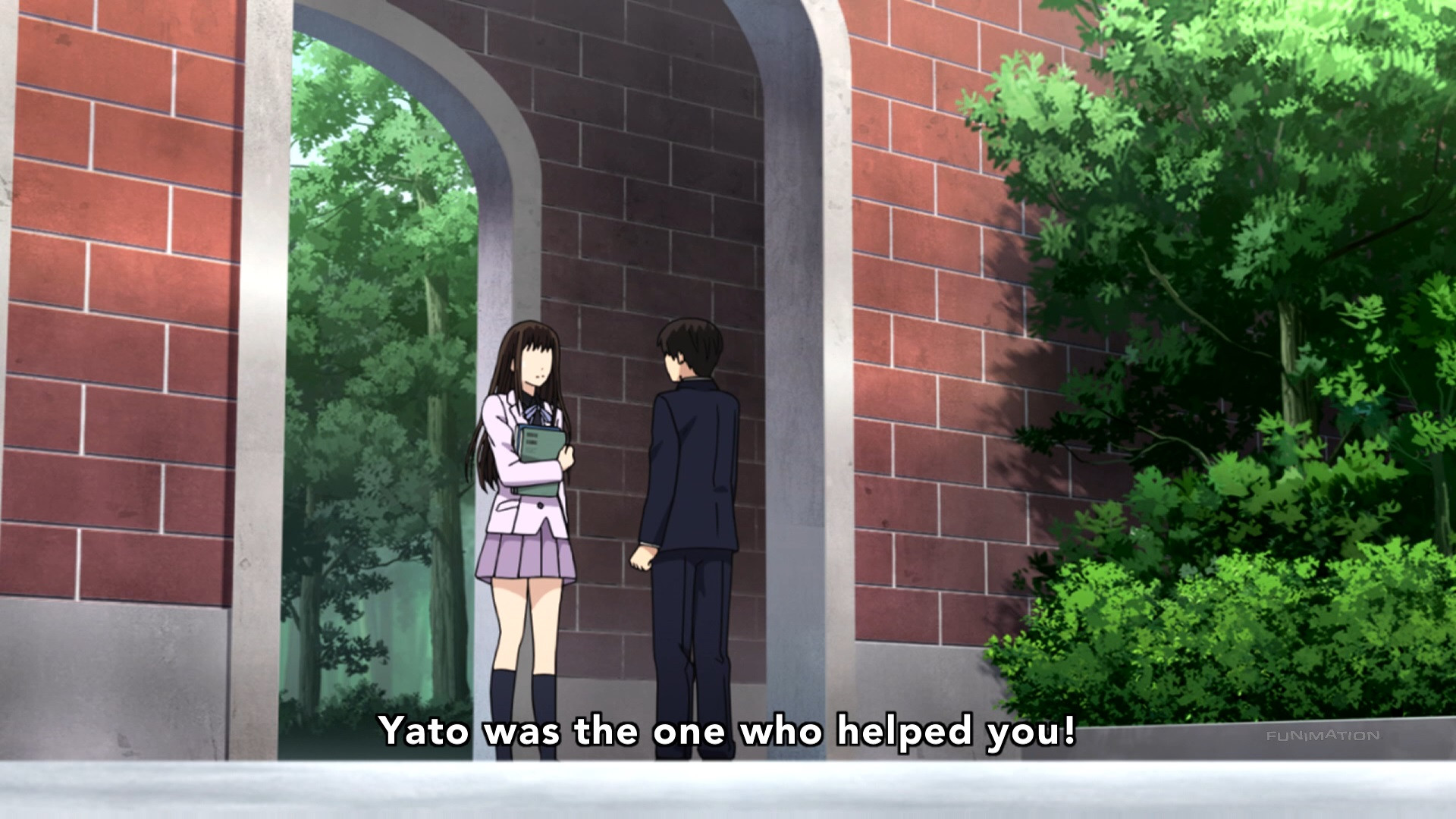 So were her ties severed or not? If they were, how could she remember these details from the past about Yato?

I found the perfect answer to this question on Reddit:

It's supposed to look ambiguous, but if he had, Hiyori probably wouldn't have even seen him in the first place, let alone remember who he is. Plus, she runs away from him in her spirit form and even has a conversation with him afterwards when she looks for him to tell him to back off. Tenjin also confirms that he didn't go through with it. I think that part is better played in the manga - we really had to wait for the answer, since they changed some of the order of what happens in the anime and the reason Hiyori gets annoyed with Yato as well. If you'd like to see how it goes in the manga: Ch.22 P.31 - P.33, then Ch.22 P.38 - P.42, and finally Ch.23 P.43 - Ch.24 P.7.

I haven't read the manga myself but based on the anime, I can say that Tenjin allowed Yato to break his promise since it was Hiyori's own wish to remain with him.

The last and foremost evidence of her ties not being cut to the far shore is the fact that she can still turn into her spirit form (with the tail).

In conclusion: If he had indeed cut the ties, she would have returned to being a normal human who:

None of the above happened, so luckily, Tenjin let the promise slide.

5
Is there a reason Yato couldn't summon Nora in the final battle of the first season of Noragami?
2
How did Nora return from the Underworld despite being left there by Yato?
1
Why did Yukine stop stinging Yato?