What is the Gol D. Roger's ability 'To hear the voice of all Things' that Rayleigh is talking about?

In Chapter 507, Rayleigh was talking about the power 'To hear the voice of all things' that Gold D. Roger has. It seems to explain how he was able to write in the ancient language on the Sky Island's Poneglyph. What is that phenomenon? 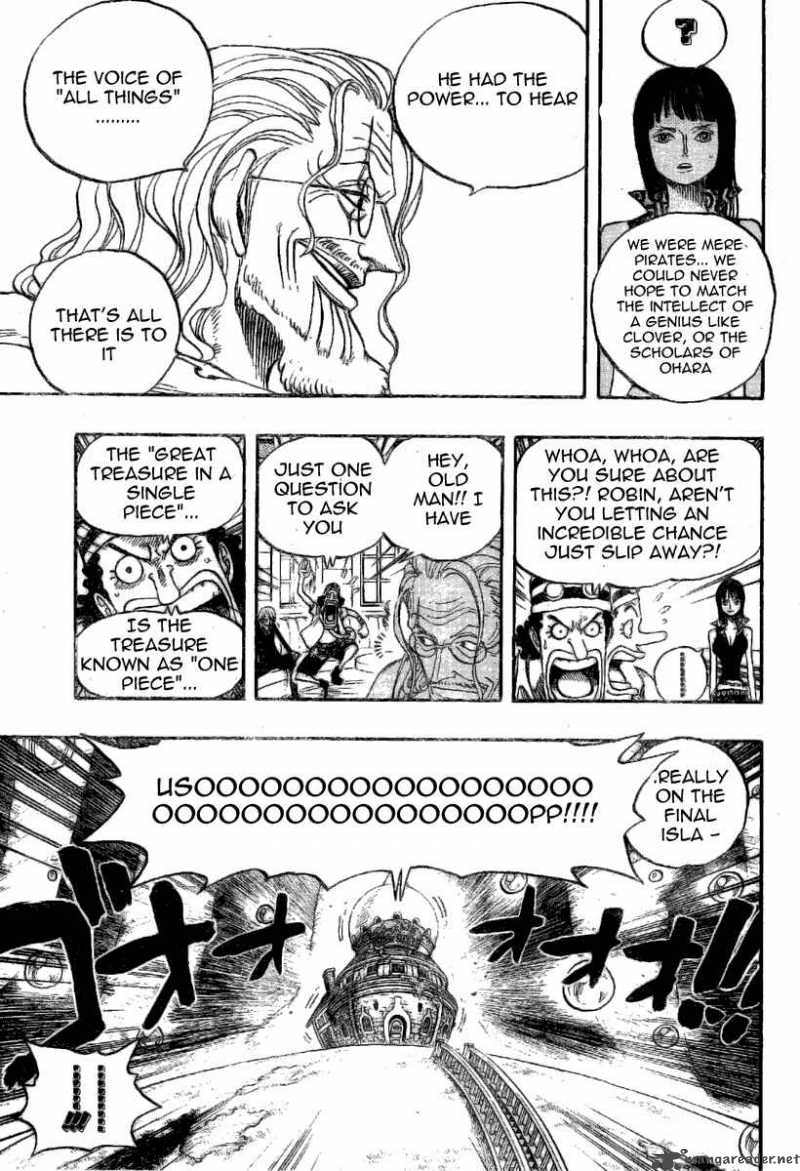 As we have seen Luffy being considered as successor of Pirate King. One of the most important fact that support it is the voice of all things. Though in case of Luffy this ability is somewhat incomparable with Gold D. Roger, it allows Luffy mainly to interact with ancient beings. The instances where Luffy was able to used this power was:

Although Roger was able to interact with poneglyph Luffy has not shown this power so far.

From above instances, this power is somewhat like voice of heart and seems to be used by fated ones.

Though Momonosuke talked with Zunisha it is only limited to it and not more.

So, sit back and wait for history of world to unfold then only we will be able to know what exactly it is. As of now it is highly related to successor of the kingdom of D. (who is fated of course) for controlling the treasures and weapons of the kingdom of D.

The voice of all things seems to be a special power which hasnt really been explored a lot by oda sensei yet . One major encounter with it although has been in the case of momonosuke who could hear and command zunisha to do something . Luffy has shown traits . This power apparently also allows people to decipher poneglyphs. Taken from the one piece wikia :

This power grants the user the ability to understand and gain information through creatures and inanimate objects who do not speak the same language.So far, this seems to be an ability gained from birth.

Some people use this ability to read the Poneglyphs.

The Three-Eye Tribe is rumored to have access to this ability through utilizing the power of their third eye.

It is not only Roger who has this ability, but also Momonosuke and Luffy in weaker form (he could not answer to Zunisha). There is little information about it but, since Momonosuke has this ability, it is unlikely that it has something to do with "D". It may even be nothing more than an extremely rare form of, or just extraordinary strong Haki.

7
How do they imbue their weapons with Haki?
5
How does Haki work?
7
Who wrote the passage on the Poneglyph at Skypiea?
10
What are the similarities between Gol D. Roger and Monkey D. Luffy? Are they related by blood? What are their relatives' ages?
4
Why could Aisa use observation haki from birth?
4
What is the source of Sanji's flame power?
4
What was the relationship between Whitebeard and Roger?
0
How is the title of Yonko earned?
0
Can Ace hear the voice of all things?