What happened to Retsu's doll at the clothing shop?

She mentions she "left her doll in the shop for safekeeping;" what exactly happened here? How did she catch up to Gon and Killua in the alley? 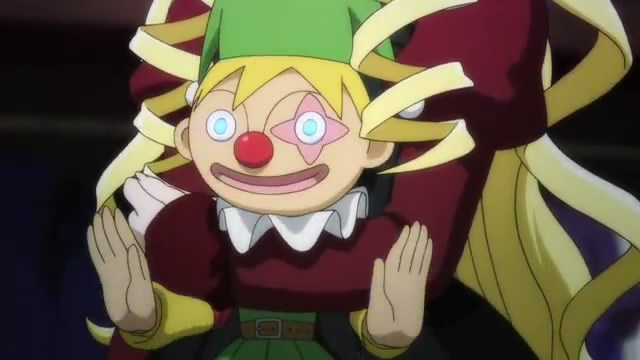 I finally got around to watching this and here is my theory on what exactly happened to the doll. After Retsu gets her dress Killua asks her to give Gon and him the location that she believes to be where the Pairo doll is that contains Kurapika's eyes. After a small argument Killua asks Gon for a moment alone so they walk outside to the alley. Before the even leave the store Retsu uses the Soul Doll ability. According to the HxH wikia a brief description states:

During the brief exchange with Gon, Killua has the ever present flashback of Illumi telling him that he will betray his freinds. After Retz comes out and addresses them in the alley they leave, the scene zooms back into the alley and we see a purplish aura that grows into a humanoid shadow.

So my theory is since Retsu can manipulate her doll without strings she sent it after Gon and Killua in the alley and once the Soul Doll ability was activated it caught on to Killua's thinking of Illumi and once they left the alley it transformed into the Illumi doll that we see later on in the movie.

9
What happened to Gyro?
17
Did Gon know it was Ponzu who died?
3
What was the favor Brovada mentioned in the Chimera Ant Arc?
8
Do we ever find out what happened to Chrollo?
2
What is the distribution of nen type users?
1
What would have happened to Gon, Killua, and Kurapika if they had lost the coin game against Gotoh?
5
What is the meaning of the text on the hunter license?
2
What happened to the 98 applicants between episode 5 and 6?