Does Garou have some important techniques of his own?

We know that Garou was trained by Bang, and that he can use the Water Stream Rock Smashing Fist of this last, also we see him copying Tank Top Master and Watch Dog Man techniques and style. But how about his own techniques? Does Garou have some important techniques of his own?

He mostly adopts the styles of others, but he does take it to certain extremes. For example, Bang and Bomb are able to combine their styles into a special combination attack style. In chapter 69 of the webcomic Garou eventually learns how to do this by himself, which is said to be a unique and "impossible" achievement. So in that sense, that combination-but-solo style is his own technique. 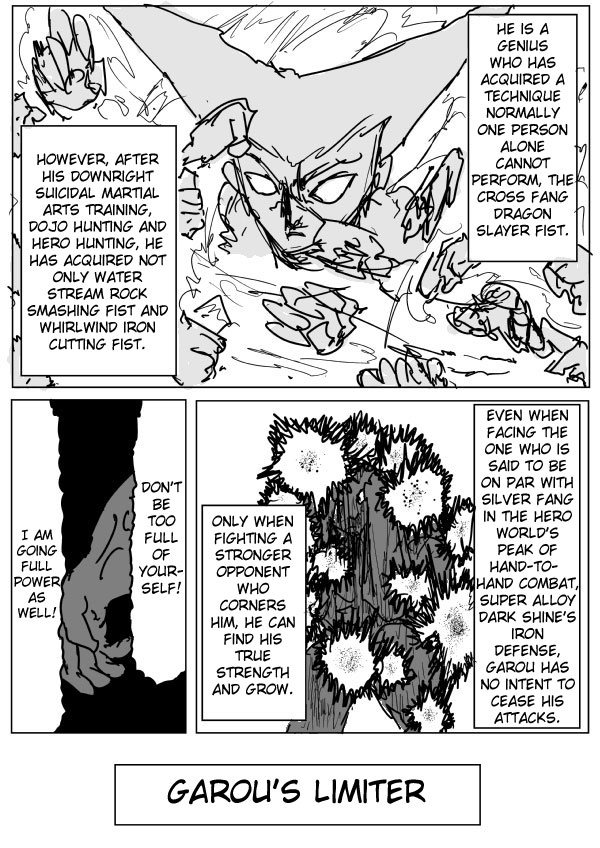 The name of the combination seems to be different in the webcomic versus manga, but that may just be a translation issue, or possibly a (minor) change in the canon. It's worth noting that exactly how and when he picks up this combination style is different between the manga and webcomic.

Later on he goes a step further and declares that he has created his very own technique/style. This was his own declaration while near the pinnacle of his egoism, however, so it is to be considered debatable on whether he truly achieved a unique technique/style or not. 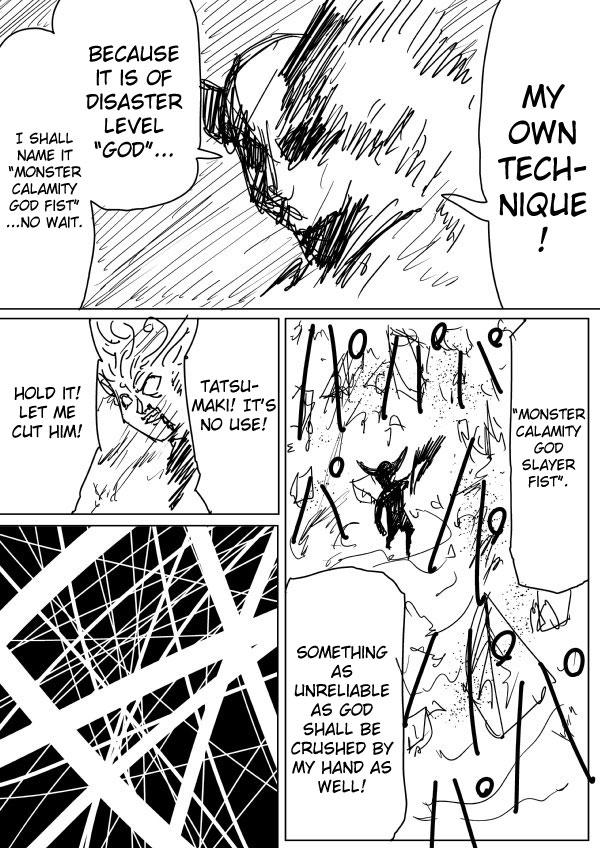 However, the immediately preceding page does have a narrator line suggesting his claim of a "new technique" is legitimate. This is in the sense that it provides a list of twelve Martial arts styles he has absorbed through battle, all of which this alleged new technique is definitely not part of. 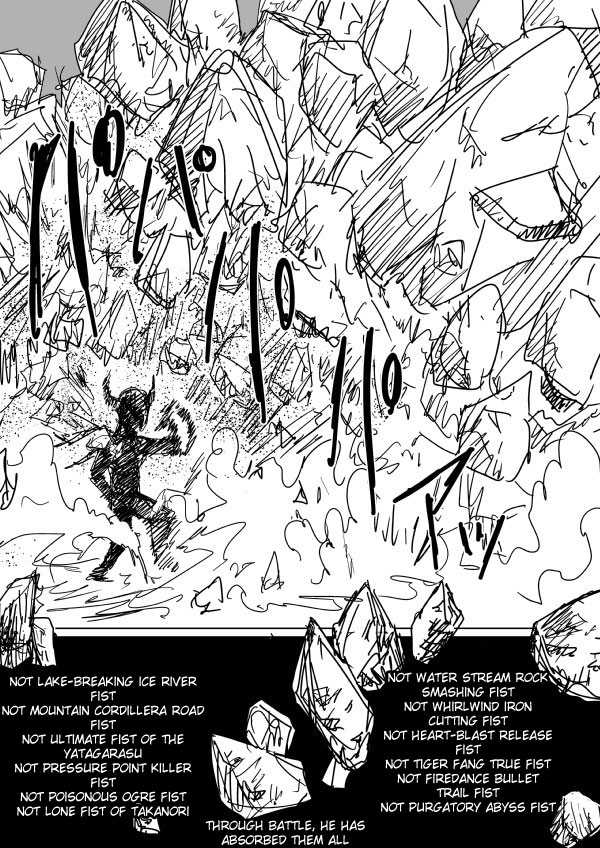 So from this I would conclude that, yes, he does eventually develop one unique technique.

24
Does Saitama still continue his training?
2
Did Saitama have some level of superhuman strength before training?
2
Is King's luck natural or does he have some sort of "luck superpower"?
3
Does Saitama have enhanced senses?
1
Is Whirlwind Water Stream Roaring Aura Sky Ripping Fist just Bang and Bomb combined techniques or is it something more?
5
What is the source of superpowers in the One-Punch Man universe?
0
How many transformations does Drive Knight have?
2
Does Blast have psychic abilities?
1
Do Saitama and Garou have superhuman hold breathing capabilities, or no need for air at all?