Why does Ed not pursue the origin of the fake Philosopher's stone used by Cornello?

In the first chapter of Fullmetal Alchemist, Ed and Al come across Father Cornello at the city of Reole.

The Elric brothers Edward and Alphonse discover, soon after arriving in Reole, that Cornello's 'miracles' are nothing more than alchemy augmented by a Philosopher's Stone that the priest has in his possession.

One of the biggest rules of Alchemy is Equivalent Exchange, and Ed sees Cornello obviously breaking those rules, something that should have been impossible in Alchemy without the philosopher's stone. 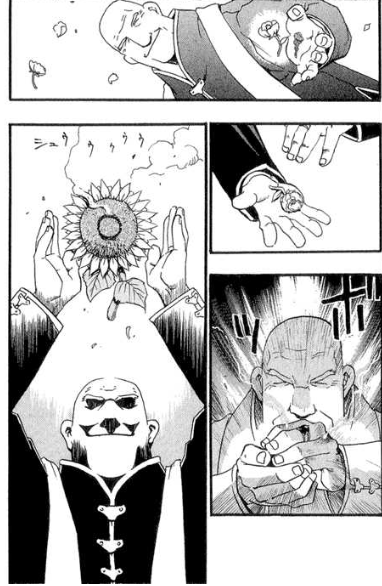 Ed and Al have been searching for the Philosophers Stone as a way of returning their bodies back to how it was. Even if it wasn't a complete Philosopher's stone, the fact Cornello was able to bypass equivalent exchange should have been incredibly significant in itself and pursuing this lead would likely have lead them a step closer to their goal.

And it was later revealed that a Homunculus was behind the incident.

However, Ed, upon realising the stone was not a true philosopher's stone, left the town. Why is this? Did he, for some reason, think of it as unimportant, and if so, why?

I'm getting all of the following information from episode 3 of Fullmetal Alchemist Brotherhood.

Near the end of the episode, Ed exposed Cornello as a liar to all his people. Cornello attempts to kill Ed using his alchemy. During the attempt, Cornello's alchemy "rebounds" and causes some ... adverse effects on Cornello. After a short fight, Cornello's fake stone breaks. Ed starts asking about it and Cornello states he knows nothing about it.

Given all that, I don't believe Ed didn't think it wasn't important, but that he had nowhere to go with that. First, the stone was gone and couldn't help Ed learn anything. Cornello was equally useless in learning about the stone.

On top of that, a real stone would have allowed Cornello or Ed to do whatever they wanted, presumably without any rebounding. This made the fake stone even less desirable for two reasons. First, there is no guarantee that it could even help Ed and Al (granted there was a chance, but it may not have been worth the time to look into). Secondly, even if Ed did get his hands on a fake stone, there was no telling if it would rebound and just make matters worse.

Overall, it's not that it wasn't important, just that Ed had no leads on where or how to get a fake stone and that the risk might not have been worth it.

Ed didn't actually think it was unimportant, but you have to realize that alchemy was so scares in that town that people were actually willing to accept Cornello as a demi-god (yes, he had a philosopher's stone, but in a city with more alchemy, they would probably end up questioning him on how he breaks the laws of equivalent exchange). It's not that it was unimportant, it's just there was nothing there.

11
How does the equivalent exchange of alchemy work?
14
How does a Philosopher's Stone work?
7
Why did Julia lose her leg?
5
Why did the Elric brothers only believe in one rule of alchemy?
13
How much of the normal process of doing alchemy can be circumvented by seeing Truth?
5
How is the use of the red stones able to bypass equivalent exchange?
8
Are Elric brothers good at electronics?
2
Why can't Alphonse trade his alchemy for Edward's alchemy?
3
How does Father prevent the use of alchemy in Fullmetal Alchemist?