Is Pikachu on a diet?

I noticed that Pikachu evolved a little over time.
I wonder why he changed his form so much, so I'm a bit worried about Pikachu. 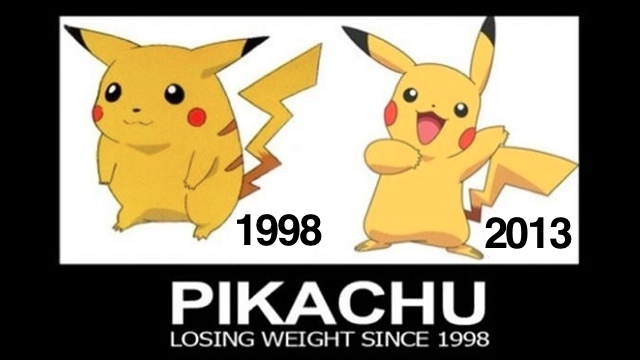 It's most likely a matter of different character designers over the different generations of the franchise. The original design was created by Game Freak's (original game's designers) character development team and finalized by artist Ken Sugimori. The games themselves had changes in Pikachu's designs, which were in turn mirrored by the anime:

from the "Advance" generation

I wouldn't say it's Pikachu losing weight but a reasonable design alteration. The head can move realistically instead of just being glued to the body, the feet are better defined, and the arms are more expressive. Even the ears have some flexibility. If anything, the tail looks bigger.