What is the official name for Liore?

I'm currently watching the FMA live action movie, which has Reole on its maps/subtitles. It seems as though this might also be true in the manga, at least according to this Wikia. However, Liore or Lior is the standard transliteration that I've seen for it, and I'm pretty sure that's what was used in the anime.

Both are technically (more or less) correct transliterations of リオール, but also somewhat unusual, given rs and ls are the same, and so it would usually either be Rior(u) or Liol(u). Reading from English, they also (at least to me) imply somewhat different stressing of syllables, Ree-ohl vs Lee-or.

Is there an official Hiromu Arakawa-approved way of writing it in English?

Amestris is, canonically, an English-speaking country, and as such, all the locations are given "English" names (or, at least, names spelled out in the Latin alphabet used in English). This can be seen by looking at the original (untranslated) manga, which features a large number of character and place names written out in Latin script, rather than the katakana used for those names in dialogue. This includes the maps shown at various times in the manga.

Volume 17, page 70 offers one such example, featuring a clearly legible close-up of Liore/Reole on a map: 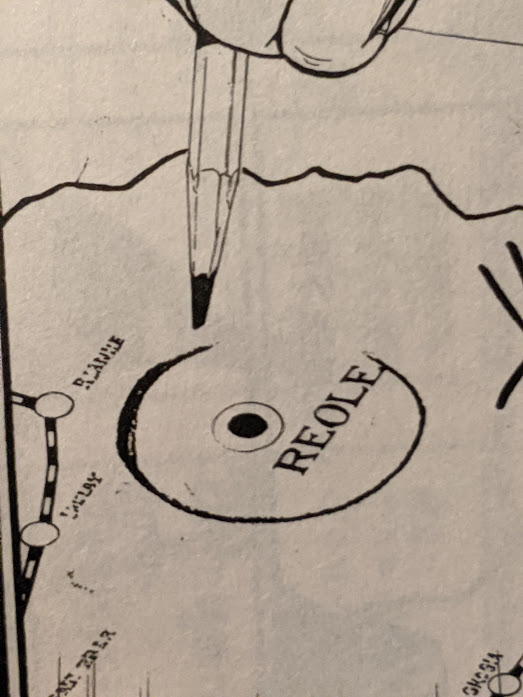 Additional context demonstrating that the image above is from the original Japanese language version of the manga: 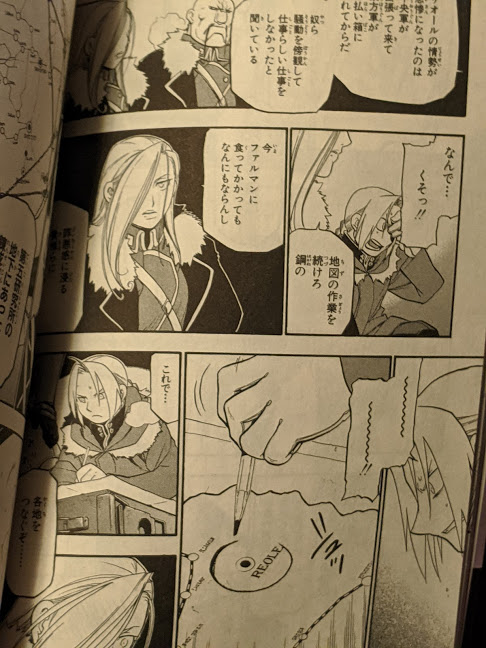 Regardless of how the different parties involved may have translated it, it's quite clear that Arakawa's intended name for the city is Reole.

Unfortunately what you are seeking doesn't exist. Reason is the concept of "X approved way of writing" doesn't exist. Think about your name. Yes there might be different versions of it(Joseph/Jose) however the version you are using has only one pronunciation.

So why are we having this issue at all? Simple. The syllabus "L" doesn't exist in Japanese. A simple example: In Death Note many VAs call "Light" as "Righto" which is funny imo because of his obsessive righteousness. Anyways lets look at what we have.

Reole has "-le" at the end however "Re" at the start. So we can assume "re" at the start should stay as it is. However we have to change "-le" to "-ri" to gave similar sound to it.

So in conclusion the correct way of writing is "Reori"(assuming our base Reole is the right version) if we go with sound which is usually the case. You can check here for different experiments.

As for リオール (riooru) as you can guess "Rioru" is the right way to say it since a place with that name does not exist. If it had we could say since they cant pronounce "l" they changed it to "r".

I know this is not exactly what you are looking for but I hope it helps.

Not the answer you're looking for? Browse other questions tagged fullmetal-alchemist-series japanese-language .

20
What is the proper romanization of the wolf-girl's name?
9
What is the meaning behind Mana Ryougi's name?
8
What is the name of Scar's brother?
8
In the 2003 anime FMA, what are the ingredients for making Homunculi?
15
Are the events in Ishbal based on or inspired by the Holocaust?
13
Is there a name for the abbreviated (usually three-syllable) title?
2
Name or tag for kana phrase videos
2
What is the (historical) significance of the name Kazamatsuri?