Why do the pistols and rifles not have trigger guards in Full Metal Alchemist: Brotherhood?

I am assuming that the reason is that they didn't want to animate it. But really, I think it's a little odd seeing it, as it doesn't tackle on that much more effort to animate it. 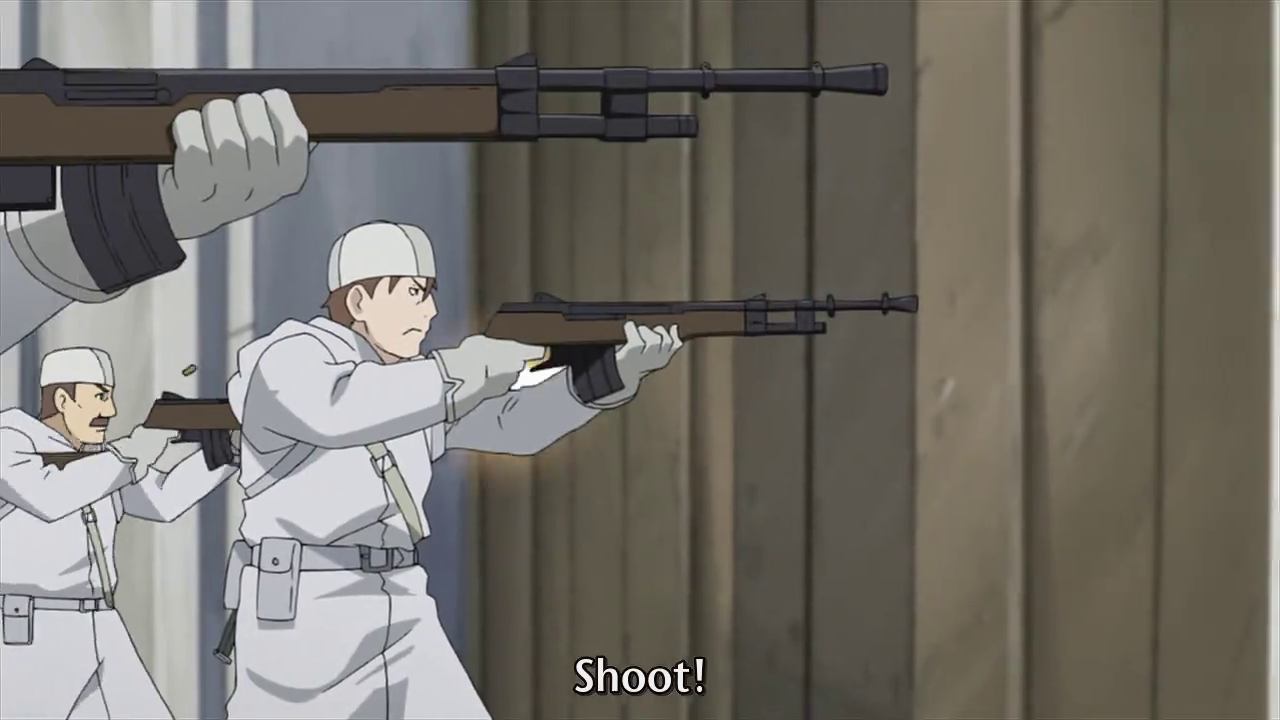 This was one of the images I found when searching for firearms in Full Metal Alchemist: Brotherhood. A complete list of firearms from the anime can be found here, as mentioned by @Maroon, in which some standard-issue firearms have no trigger guards.

In Wikipedia, it is stated that guns can have no trigger guard so

as not to impair use with large cold weather gloves on, especially those intended to be used in arctic conditions.

While this might not be in arctic conditions, the fact that some characters in the anime wear gloves proves the point that this is for ease of use. It would be difficult to press the trigger with a trigger guard if you have gloves on, especially large and thick ones.