Can hunters change their specialization through training?

Also, how come Franklin can shoot aura from his hands when he was born with human hands? How did Chrollo acquire spell stealing when there is no one to train with at the city of wasteland?

Can hunters change their specialization through training? No, they can't, simple as that. The manga also doesn't show that they can (I've read up to the Succession Contest arc). I also have yet to see a Nen user who has an affinity on one aura that changed it via training, showing that currently, it is impossible to change Nen affinity via training. Nen users only have a single affinity towards one of the six aura types. 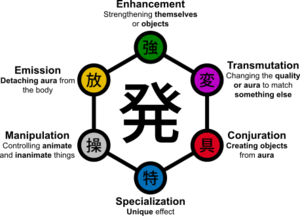 As explained by Kurapika in Volume 12, Chapter 108, if, for example, a Conjurer tries to learn abilities other than his/her own affinity or own type, the maximum level of skill or mastery he/she can attain on these other skills (Emission, Manipulation, etc) would be lower compared to when using skills as a Conjurer. This means that a Nen user who is a Conjurer can still use abilities outside of Conjuration but with lesser strength and effectiveness. Shown below is Kurapika's maximum level of mastery on all aura types. 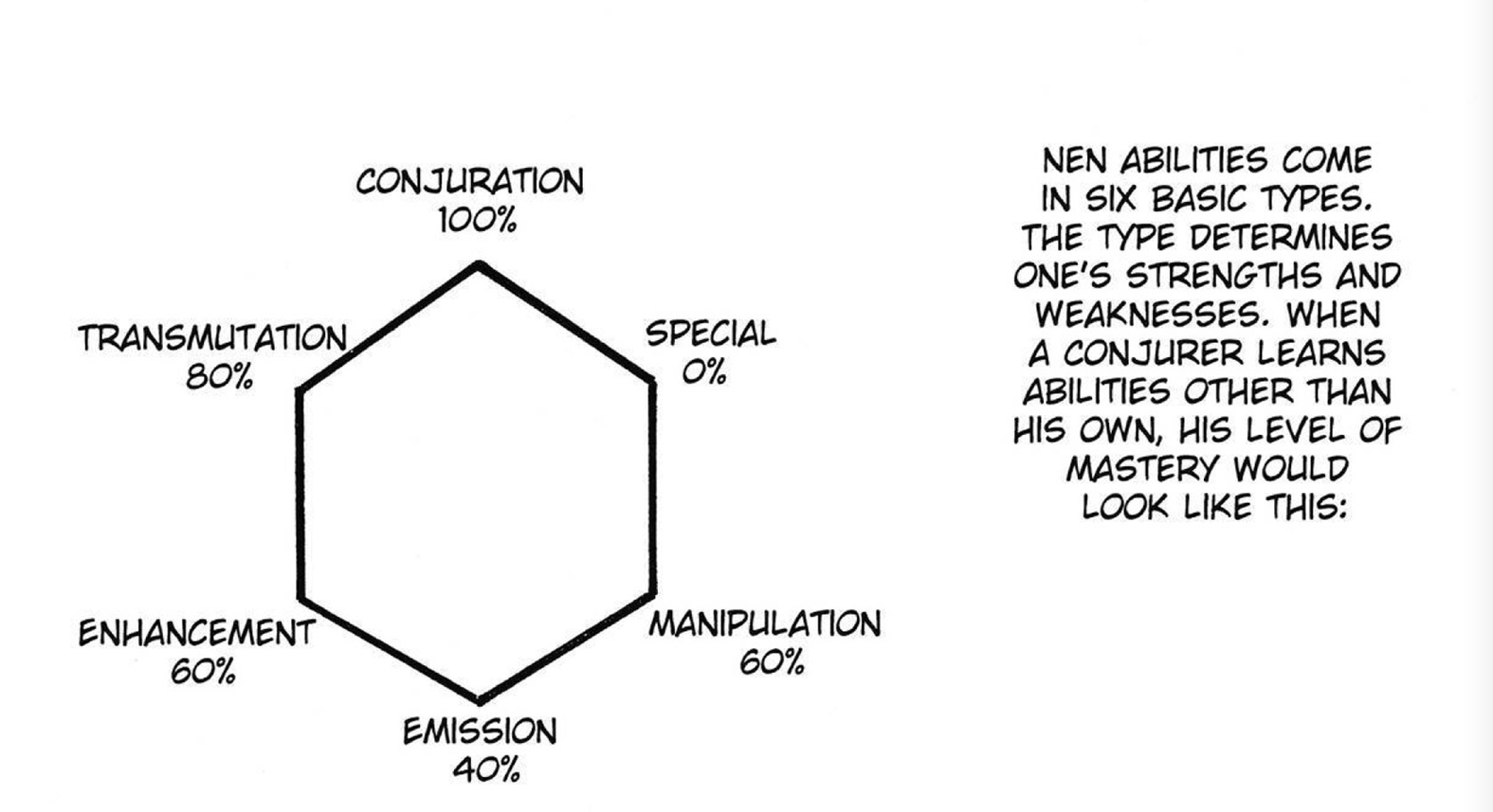 Kurapika, however, is one of the exceptions. He can change his affinity when his eyes become scarlet, as shown in Volume 9 Chapter 83, so he becomes a Specialist from being originally a Conjurer, making him able to access all six Nen aura types. Thus, someone can change affinity by being born as a Kurta, which has the scarlet eyes. Then again, like having an affinity towards a certain Nen type, this is not achievable through training or via other means but by being born with it. If I recall correctly, Kurapika was the only one shown in the manga like this. 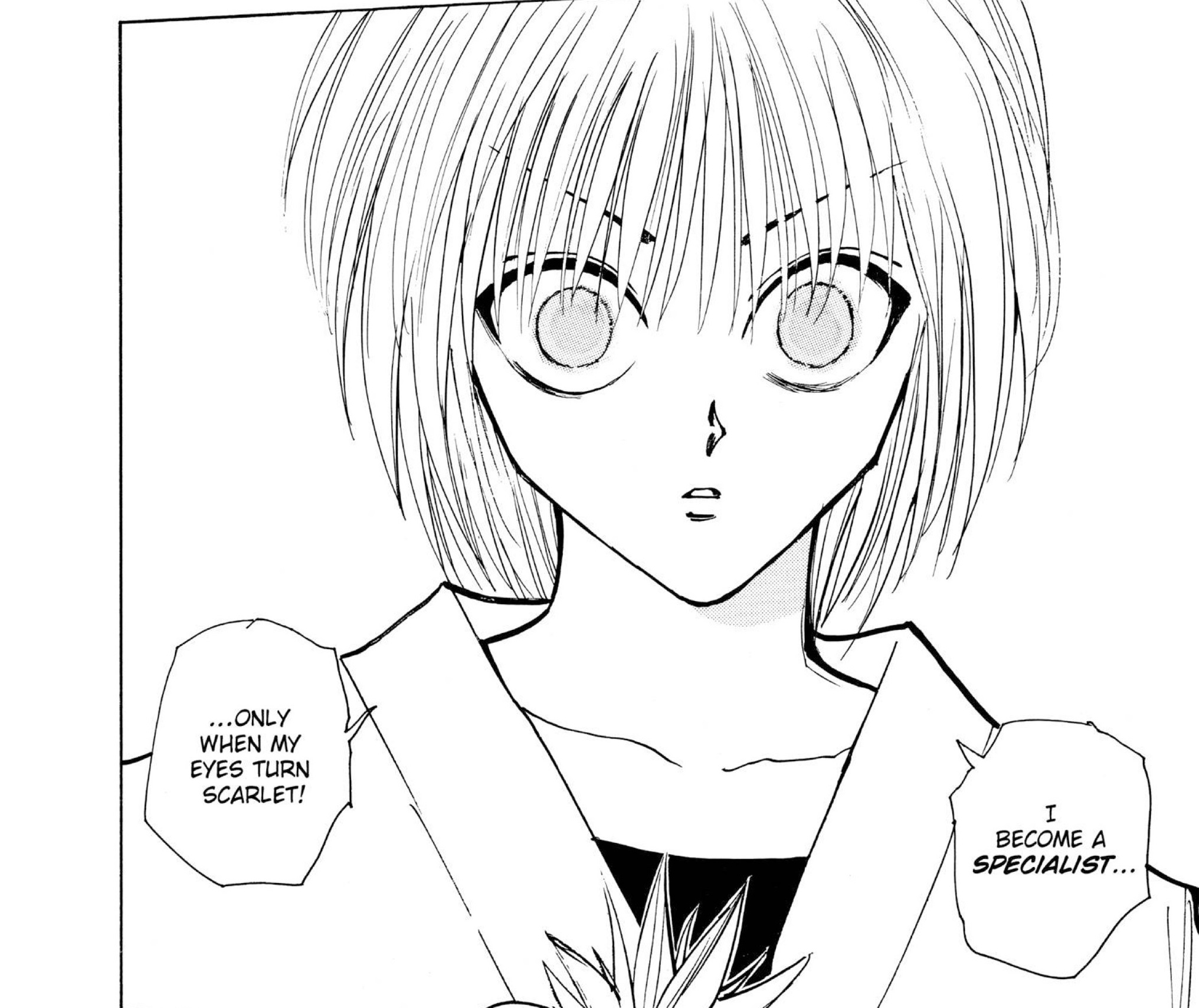 How come Franklin can shoot aura from his hands when he was born with human hands? His hands are human. I have no idea where you got the assumption that his hands are anything other than human. His fingertips was the only thing he cut (Volume 9 Chapter 76) up to the distal phalanges. This, as noted in the wiki,

...was not required...but since self-imposed limitations can greatly enhance Nen abilities, the power of each bullet increased dramatically

He is only shooting aura from his fingertips. His hand is not mechanical or hollow and this would be pointless since the aura is from the body, not from a storage in the hand. Frank just chose to emit it in his fingertips rather than in other parts of the body.

How did Chrollo acquire spell stealing when there is no one to train with at the city of wasteland? Again, I have no idea where you got the information that no one lives in Meteor City. There are people there, that is where the Phantom Troupe originated, but they only don't exist in any official records. That doesn't mean they also, physically, do not exist. As to how Chrollo acquired his ability, that was never discussed in the manga.

1
Can a Nen user still use their abilities after Kuroro Lucifer steals it?
3
Do auras really have color and movement to them?