How was the Black Bull squad ranked at the beginning of the Black Clover anime?

At the begining of the anime, it is stated that Golden Dawn and Silver Eagle are the best squads. However, in the wikia,

This makes me conclude they progressed as the story advanced. How was the Black Bull squad ranked at the begining of the anime among of the other squads?

The fist time they talked about how many stars the black bull have is after Asta and Noelle's first mission. The Black Bull have -31 stars while Golden Dawn have 70 stars at that time. 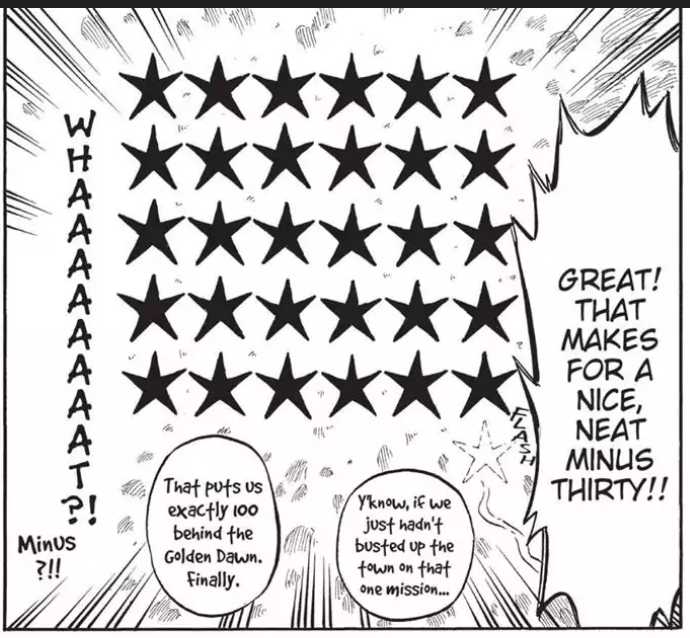 The first time we see the full ranking of the nine magic knights squads is they are at the bottom though this is the last year's ranking. Based on what Yami said, Black Bull is always last in the rankings of previous years.

Yami: Man.. What a pain in the butt. Were always last anyway. 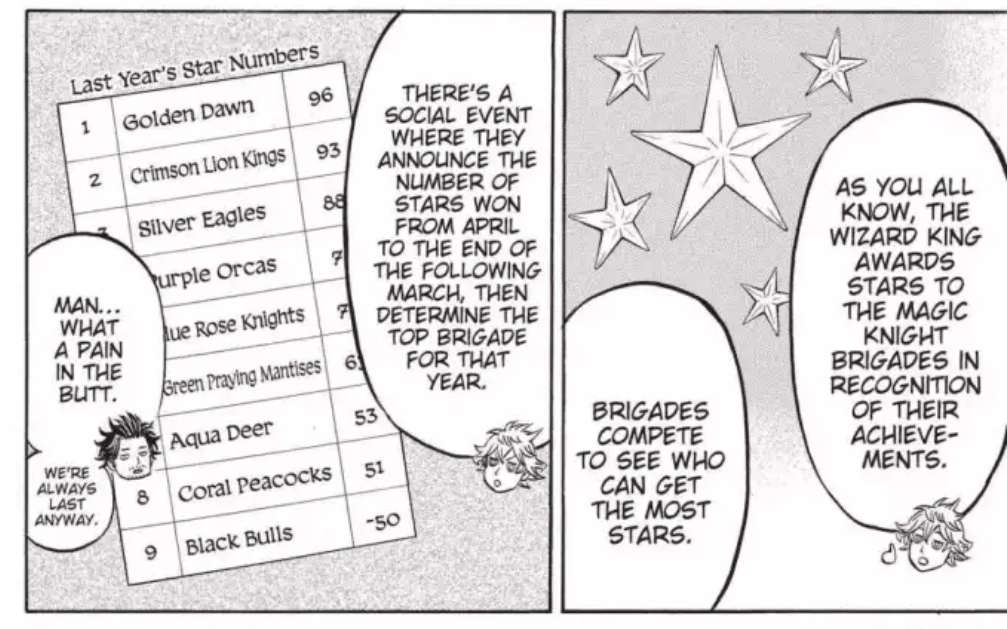 The Black Bulls had gathered -31 stars due to destructive behaviour that caused their performance to be more harmful than the threat of the missions themselves.

Among the other squads, they were last place. Every year, they would get behind and stay behind. I think they were even in the negatives with their star count. It wasn’t until Asta joined and inspired the team to try harder did that change. They’re now sitting in 2nd place behind Yuno’s squad, the Golden Dawn.

If you mean strength among squad members, Yami was the strongest, probably followed by Henry (unknown at the time though), maybe Luck then Zora or Zora then Luck, Charmy, Magna, Gordon, Gauche, Vanessa, Grey, Noelle, and Finral before Asta joined.

Black bulls especially known as Worst of the worst. This term also came as they were always last in the tournament. They only started getting points after the entry of Asta and Noelle. But they are more known for the bond of friendship that they all so cherish.

Truly they never really cared about the damn trophies.

Not the answer you're looking for? Browse other questions tagged black-clover .