If Van Hohenheim is a living Philosopher's Stone, what does that make Edward and Alphonse?

In episode 62 of Brotherhood series, when Father's stone was nearly depleted, he started to search desperately for a new one. When he saw Edward Elric pinned down, his expression suddenly changed and he started walking towards him, as if he had found one.

If they are part human, part Philosopher's Stone, isn't it kinda ironic that what they had been looking for was inside them all along?

There are a few different things to address here.

First off, Edward and Alphonse are fully human. This is actually addressed when Alphonse first finds out about his dad's origins. Essentially, he contains a philosopher's stone within himself, but he is still biologically human. 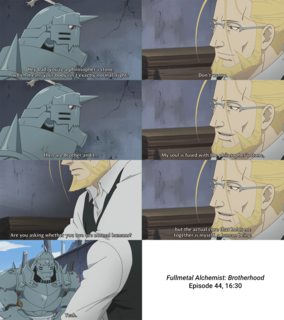 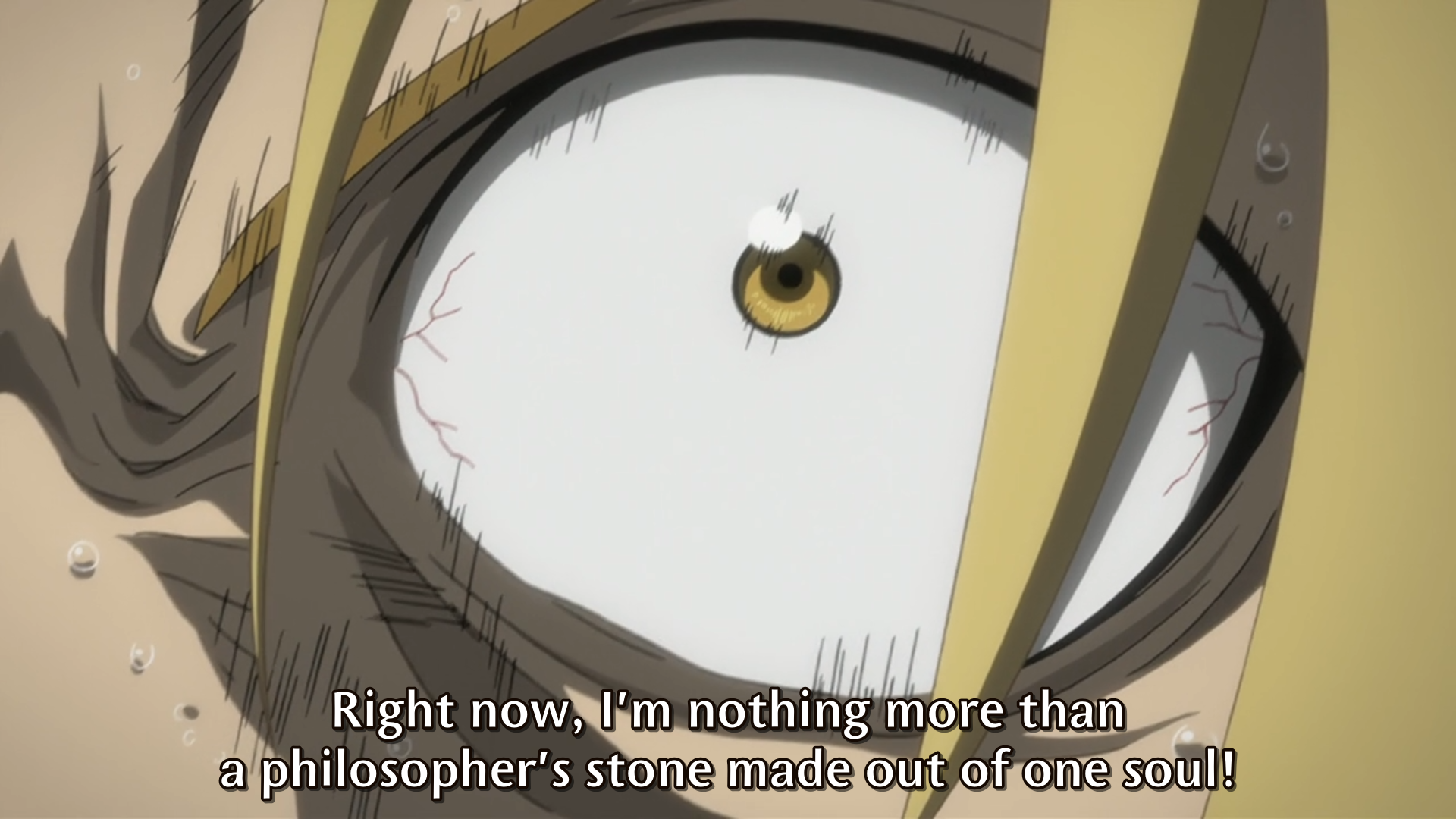 Third, it is because of the above points that Father approached Edward. It wasn't because he'd get a lot of energy, like from a true, isolated stone (such as one of Kimblee's), but rather because Edward had one soul of energy within him. Father was desperate.

5
Are the Elric brothers half-homunculus?

14
How does a Philosopher's Stone work?
30
What rank does Edward Elric hold?
7
What does it mean that Gluttony is a fake Gate of Truth?
17
What's the difference between Father, Van Hohenheim, and the main Homunculi?
10
When Edward and Alphonse try to transmute their mother, how come they didn't gain anything?
9
Why does Ed not pursue the origin of the fake Philosopher's stone used by Cornello?
9
What was that thing Edward and Alphonse created when they attempted human transmutation?
5
What does it mean when Pride mentions about Edward turning into a philosopher's stone to infiltrate him?
3
What is Truth's view of the philosopher's stone?