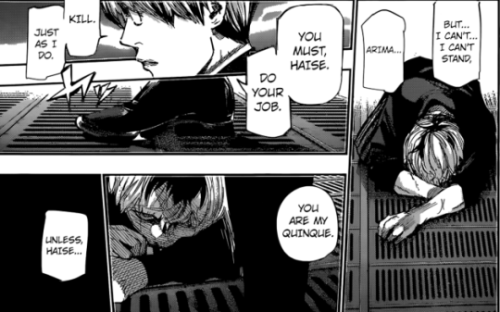 11
Why did Tokyo Ghoul √A completely deviate from the manga?
5
Why does Kuzen not have red eyes when wielding his kagune?
0
Will Mr. Mado return in Tokyo Ghoul Re?
2
Could a koukaku ghoul be fast?
3
Could an Ukaku ghoul beat a Rinkaku ghoul?
2
Will Haise regain his memories and adopt to his true personality as Kaneki again?
1
Did Kishou Arima know about the dragon Kagune?
0
What happened to Hide after he died
2
Why did Kaneki eat Hide's face instead of any other body part?
0
In which volume of Tokyo Ghoul does the anime's season 2 end?