Is Eren Jaeger considered a Rogue Titan or an Attack Titan?

I think of Eren being called the Attack Titan is more of a title than what you should call his form... or is that the same thing?

we find out that the proper name for the titan form Eren is in possession of is the Attack Titan. 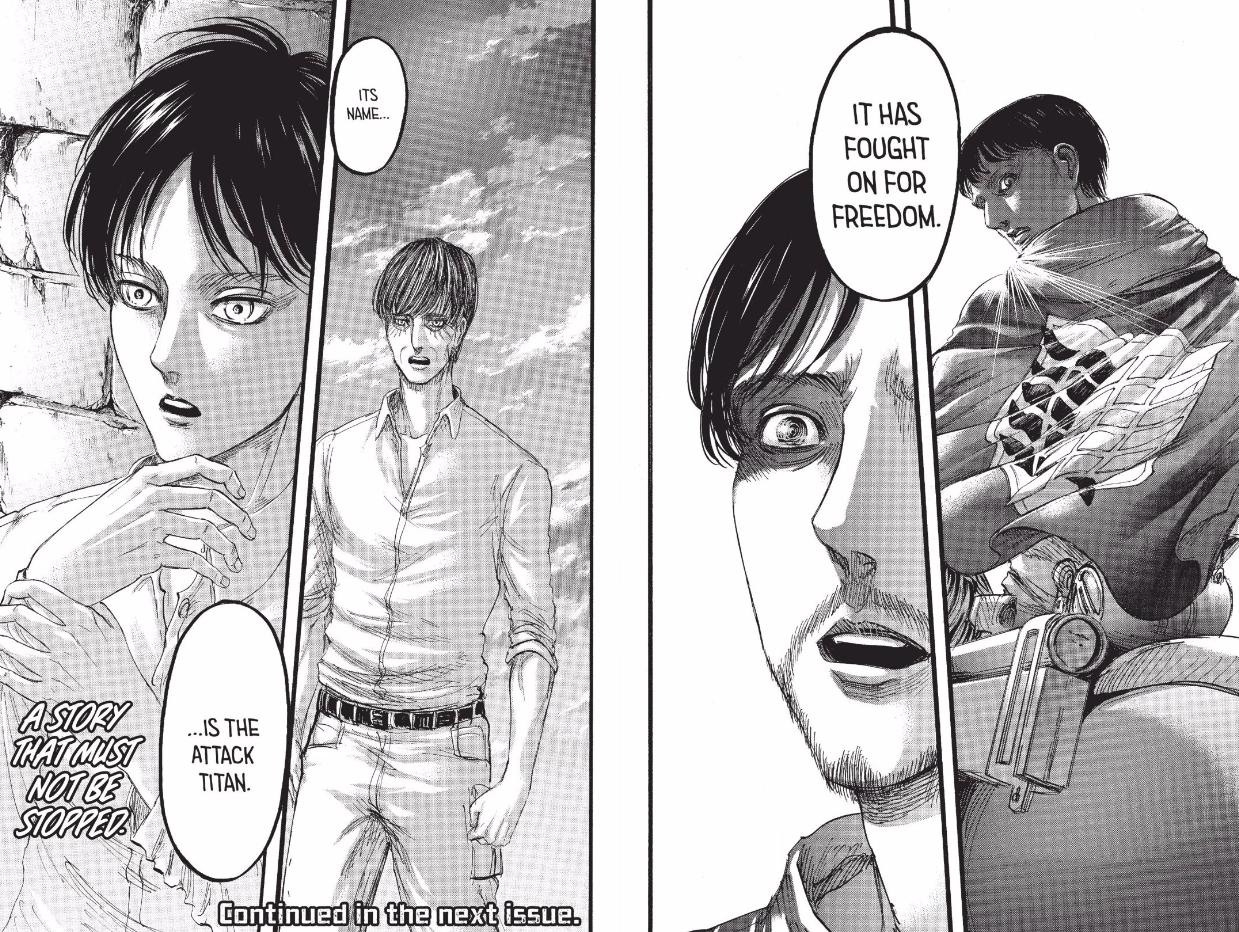 we do know that Eren's father, Grisha Yeager, consumed the Founding Titan thus combining two titan forms into one. Once Grisha reached the 13-year limit, he forced his son to consume him so that his titan-shifting abilities would pass on to his son. That being said, even though Eren is technically in possession of both the Founding Titan and Attack Titan forms, he is still referred to as the Attack Titan.

When he was referred to as the Rogue Titan,

Again, just to be clear, Eren's titan form is called the

was used only as a means to describe Eren's titan when the Eldians did not know the actual name of Eren's titan form.

I would say they call him the attack titan or the coordinate.Realistically speaking all titan shifters shown within the show turn out to have been at risk of getting eaten according to the manga.In the anime when the female titan first got captured it took advantage of that.It roared to attract titans, and used the smoke from them eating her body and the titans dieing to escape.Not to mention when she appeared from the right titans attacked the scouts as well.likely following her until they decided to eat the humans.The same thing happened when erwin leads the titans into the armored titan.

16
What race are the humans in Attack on Titan? What language do they speak?
9
Is Eren immortal?
7
What happened to Eren that made him unable to turn into a Titan in chapter 53 of the manga?
10
Where is Eren's father Dr. Jaeger?
9
In Shingeki No Kyojin, when does Eren lose 3 years of his memory?
4
Why didn't Eren Yeager saw the Key before in Attack on Titans?
1
Why didn't Rod Reiss just eat Eren? Why did he need Historia?
4
Why didn't Eren's eyes change colour when he inherited the Founding Titan?
1
Why didn't Marcel or Frieda Reiss transform when being eaten?