Why weren't the Uchihas brought back with the Edo Tensei?

Why didn't Kabuto bring back the entire Uchiha clan? It was one of the four noble clans of Konohagakure, and was also reputed to be the village's most powerful clan, producing shinobi that were exceptionally talented and battle-oriented. -Naruto wiki

Sasuke and Obito were still alive and only Itachi and Madara were brought back. I don't see a reason why Kabuto did not bring back the entire clan. I know these four are exceptionally strong, but there were other promising member like Shisui Uchiha.

Edo Tensei needs the DNA of the person to be reincarnated. (Chapter 520) 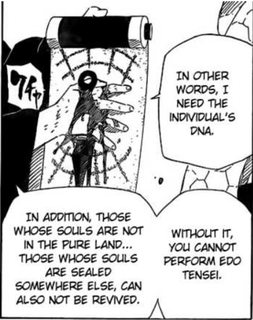 Kabuto could not bring back the Uchiha clan because he could not get their DNA.

Danzo, who commissioned the Uchiha clan massacre, must have had their bodies thoroughly destroyed to prevent enemies from misusing the Sharingan. Given Danzo's character and principles, we can be certain he would take such measures. For instance, he was very upset on knowing that Kirigakure's Ao had taken Konoha's Byakugan.

Kakashi also makes a mention of this rule in Chapter 16. 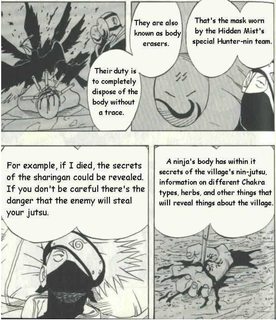 Madara's death was independent of the Uchiha Clan massacre, and Konoha thought he was dead anyway, so the possibility of Danzo destroying his body does not arise at all.

After Madara's death, Tobi must have taken great efforts to make his body inaccessible, because otherwise it would ruin the plan of him falsely assuming Madara's identity. However, he probably did not destroy it completely, and Kabuto (or Orochimaru) may have found the body or its parts somehow. Tobi was understandably shocked when Kabuto showed him the Edo Tensei Madara in the sixth coffin, since it meant his plan was ruined.

Itachi's dead body was easier to obtain, since he died just a few weeks before in his own hideout.

I think the uchiha would have brought great strength in battle...how ever sauske would not have the courage to kill his fellow clans men it's better than the gedo statue,but sauske did not plan on turning on obito at the time so it would have been a "just in case plan"

15
Why wasn't Jiraiya brought back with Edo Tensei?
14
Why wasn't Jiraiya brought back by Nagato?
2
Why didn't Madara start his own plan when he was still young?
6
Clarification on clan formation?
2
Why doesn't the Byakugan have a second stage?
2
Is it possible to cultivate Sharingans?
5
How does Edo Tensei Madara get back his Rinnegan?
10
Did Itachi Uchiha want to be Hokage when he was young?