In chapter 672 The Sage of the Six Paths engraves one symbol into Naruto and Sasuke:

Is there any symbolic link to these symbols?

To me it appears as though the symbols are sun and moon, light and darkness.

Also, does it have any connection to Naruto and Sasuke's chakra nature? Naruto's wind element chakra is the promoter for Sasuke's fire element, just like the sun's light makes the moon shine.

Another aspect that hit my eye, is Naruto's symbol is in his right hand, while Sasuke's in his left. The right and left make a perfect set.

So, my question is, is there a link in the symbols given to Naruto and Sasuke. And are these links intentional or unintentional?

Assuming that the symbols are Moon and Sun, it is very much related to the Symbol Yin Yang. 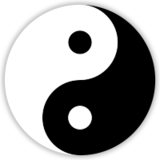 The simplified characters clearly show the moon/sun symbolism, since they can be deconstructed to their elements moon and sun. The element is a variant of the radical which means "abundant". So Yin Yang could represent the contrast between the moon and the sun.

But Yin Yang is much more than just a pair of opposites. It conveys the idea that each of the opposites is dependent on the other, and how they continuously transform from one into the other.

Another thing, according to First Principles: Symbolism of the Sun and Moon:

Sun can be translated as fixidity, steadiness, firmness, and strength of purpose. The Sun rises day after day regardless of weather conditions, the behavior of humanity or the placement of planets in the sky. It traverses its set path, always giving light and heat and asking nothing for itself in return. Very much like Naruto.

Moon is said to rule the senses and emotions. Moon is said to be fickle and changeable. Emotions change and fluctuate as our thoughts and attitudes change. Synonymous to Sasuke.

Naruto and Sasuke (Reincarnation of Indra and Asura) is described to be opposite or contrary with each other but they are interconnected and interdependent naturally; and they give rise to each other as they interrelate to one another.

As per the chakra, well, I think it is also connected (Naruto is Bright Yellow/Light while Sasuke is Dark Violet?/Dark). The nature (wind and fire) is different.

I went back and saw this, check out the palms. 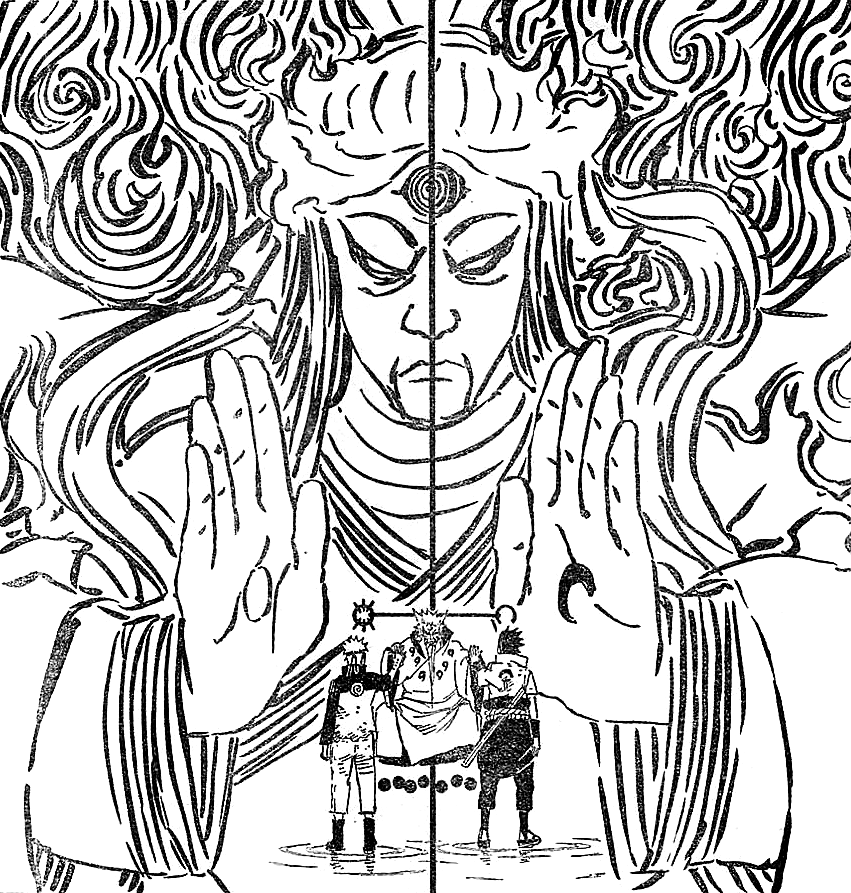